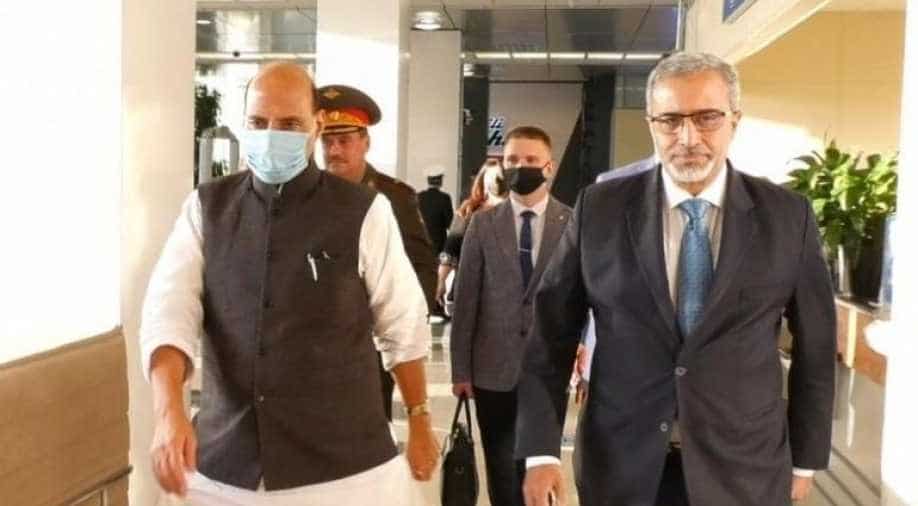 The SCO meeting is being held when the border standoff between both SCO members, India and China remain tense

Defence Minister Rajnath Singh reached Russia on Wednesday to attend a meeting of the Shanghai Cooperation Organisation (SCO) and meet Russian counterpart for strengthening defence cooperation between both the countries.

"Raksha Mantri Shri @rajnathsingh reached Moscow on a three day visit to Russia. He was received by Ambassador (D. B. Venkatesh Varma) and Major General Bukhteev Yury Nikolaevich at the airport," said, the Indian embassy, in a tweet.

Singh "will be attending Joint Meeting of Defence Ministers of SCO, CIS and CSTO member states," it further said.

The SCO meeting is being held when the border standoff between both SCO members, India and China remain tense.

Gen Wei Fenghe and Pervez Khattak, the defence ministers of China and Pakistan respectively are also expected to attend the event.

Indian officials have not hinted of any meeting between Singh and Wei on the sidelines of the visit.