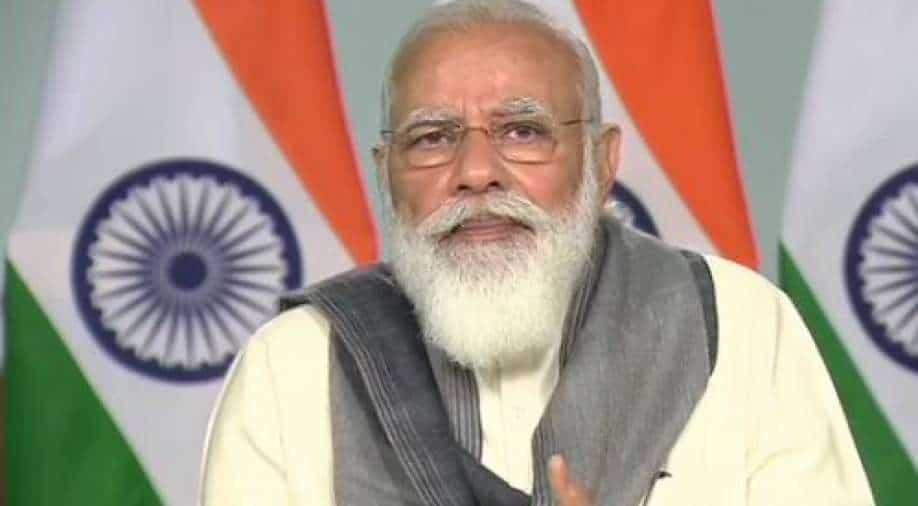 The Serum Institute of India, the world's largest manufacturer of vaccines by volume, has partnered with global pharma giant AstraZeneca and Oxford University for the COVID-19 vaccine

Prime Minister Narendra Modi will visit the Pune-based Serum Institute of India on November 28, a senior official said on Thursday.

The Serum Institute of India, the world's largest manufacturer of vaccines by volume, has partnered with global pharma giant AstraZeneca and Oxford University for the COVID-19 vaccine.

According to Serum's Chief Executive Adar Poonawalla, it will first focus on supplying AstraZeneca Plc's COVID-19 vaccine to Indians before distributing it to other countries.

The Central Drug Standard Control Organisation has granted permission for the manufacture of the COVID-19 vaccine for the pre-clinical test, examination, and analysis to seven firms, two of which are the Serum Institute of India (SII) and the Gennova Biopharmaceuticals.

"We have received a confirmation about PM Modi's visit to the Serum Institute of India on Saturday, but his minute-to-minute program is yet to be received," Pune Divisional Commissioner Saurabh Rao said.

On Tuesday, Rao said there was a possibility of the PM's visit to Pune, and if that happens, it would be aimed at reviewing the status of the vaccine candidate for coronavirus infection and to know about its launch, production and distribution mechanisms.

Rao had also informed that ambassadors and envoys from 100 countries will visit the Serum Institute of India and the Gennova Biopharmaceuticals Ltd here on December 4.

Meanwhile, AstraZeneca and Oxford University have acknowledged a manufacturing error that is raising questions about preliminary results of their experimental COVID-19 vaccine.

AstraZeneca is likely to run an additional global trial to assess the efficacy of its COVID-19 vaccine, its chief executive Pascal Soriot was quoted as saying on Thursday after questions over the results from its late-stage study.

Instead of adding the trial arm to an ongoing US process, a new study would be run to evaluate a lower dosage that performed better than a full amount in AstraZeneca's studies, Soriot said.

On November 23, British-Swedish drug maker AstraZeneca and the University of Oxford had said that the Coronavirus vaccine they are developing is 70.4 per cent effective, on an average, in preventing COVID-19, as per the interim analysis of its late-stage clinical trials conducted in the UK and Brazil.

A statement describing the error made no mention of why some study participants didn't receive as much vaccine in the first of two shots as expected.

In a surprise, the group of volunteers that got a lower dose seemed to be much better protected than the volunteers who got two full doses.

In the low-dose group, AstraZeneca said, the vaccine appeared to be 90 per cent effective.

In the group that got two full doses, the vaccine appeared to be 62 per cent effective.

But the way in which the results were arrived at and reported by the companies has led to pointed questions from experts.

The partial results announced on Monday are from large ongoing studies in the UK and Brazil designed to determine the optimal dose of vaccine, as well as examine safety and effectiveness.

Multiple combinations and doses were tried in the volunteers.

They were compared to others who were given a meningitis vaccine or a saline shot.

The dose of AstraZeneca Plc's Covid antibody that demonstrated the most significant level of adequacy was tried in a more youthful populace than a greater portion that indicated less viability, as per the top of the US Activity Warp Speed program.

The vaccine being developed by Oxford University was 90 per cent viable when a half-portion was given before a full-portion booster, the partners said on Monday.

However, that system was controlled to members in a gathering whose age was covered at 55, Warp Speed's Moncef Slaoui said Tuesday in a call with columnists.