Consensus on Ayodhya difficult, but temple will be built: RSS 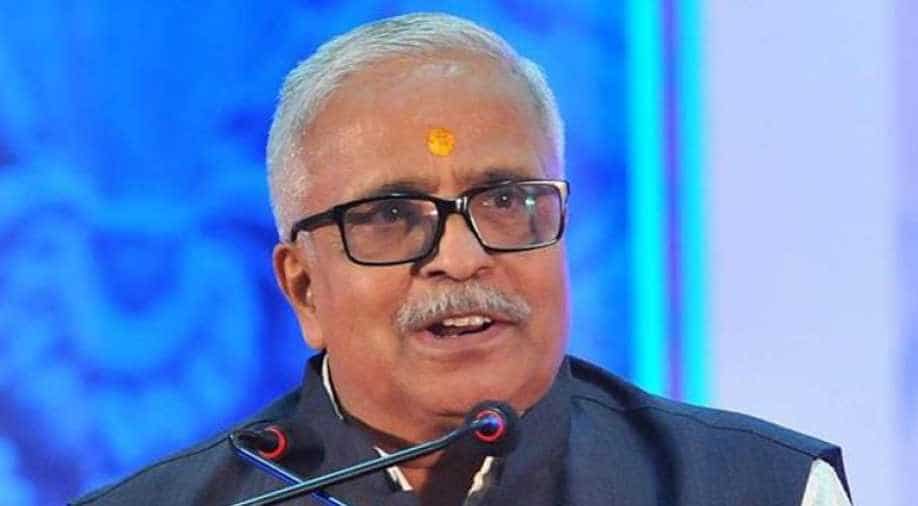 The RSS on Sunday said building a consensus on the Ayodhya dispute was not going to be easy but stressed that a Ram Temple — "and nothing else" — would be constructed in the Uttar Pradesh town.

Suresh Bhaiyyaji Joshi, who was yesterday re-elected as the RSS General Secretary for the 4th term, stressed that the matter was sub judice and said building a consensus was not going to be easy.

The Sangh's general secretary is its executive head who looks after the day-to-day affairs of the organisation.

"It is certain that the Ram Temple will be constructed at that place (Ayodhya) and nothing else can be built there, this is also decided, Joshi, told reporters here on the sidelines of the RSS's all-important Akhil Bharatiya Pratinidhi Sabha (ABPS) meeting.

Confident of a favourable judgment from the Supreme Court on the matter, Joshi said the construction of temple would begin after the court's order and it would be built on the basis of its verdict on the ownership of land.

Replying to a question on spiritual guru Sri Sri Ravishankar's efforts at developing consensus between the different parties on the issue, Joshi said consensus building was not going to be easy.

We have always maintained that the temple should be constructed with the mutual agreement but our experience tells us that building a consensus on this issue is not easy, Joshi said.

Though the Rashtriya Swayamsevak Sangh leader said he welcomed Ravi Shankar's efforts at negotiations, he pointed out that there were different groups in society with varied outlooks and to build a consensus among them would be difficult.

Joshi was also asked about a demand for a minority religion status for the Lingayat community in Karnataka.

"We do not support that," he said.

The next hearing in the Ayodhya dispute, to determine ownership of the 2.77-acre Babri Masjid-Ram Janmabhoomi disputed land, is to come up before the Supreme Court on March 14.