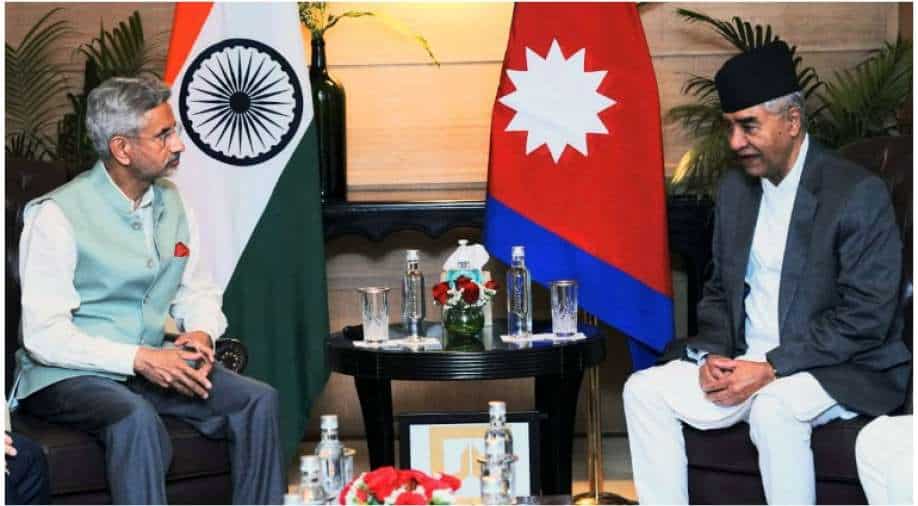 "I am confident that this visit will further strengthen our close neighbourly ties," he said.

Before that, Deuba, who is on a three-day visit, visited the BJP headquarters and met party chief JP Nadda.

Deuba, his wife, and four cabinet ministers of Nepal were part of the delegation that met Nadda, and the meeting lasted for around half an hour.

"Discussion was held in a very cordial environment and the BJP chief briefed Nepal Prime Minister about the social works done by party workers during Covid period," Chauthaiwale said.

Deuba on Friday arrived in New Delhi on a three days visit to India at the invitation of Prime Minister Narendra Modi.

He is accompanied by a 50-member delegation. The team will also include secretaries in the Ministries of Foreign Affairs, Water Resources, Health and Population, Agriculture and Physical Planning.