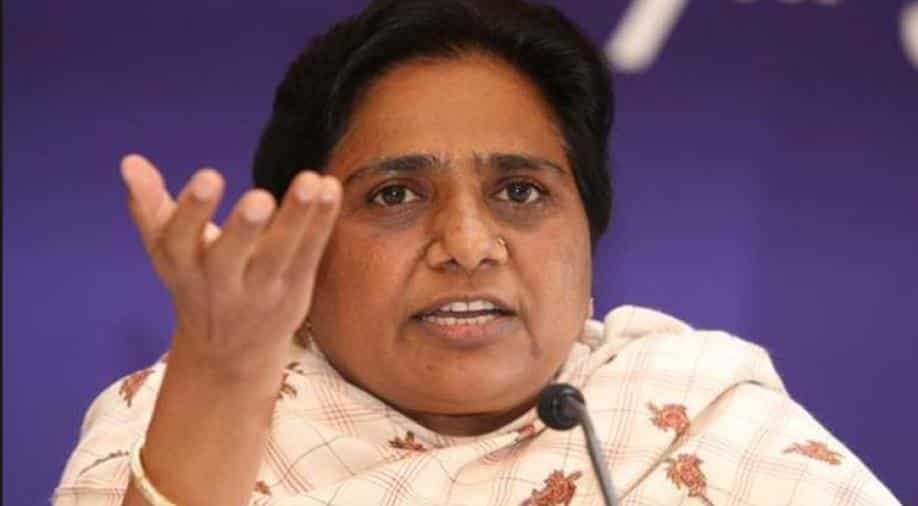 Meerut Superintendent of Police, Akhilesh Narayan Singh, was caught on camera asking anti-CAA protestors in the city to 'go to Pakistan'.

Bahujan Samaj Party (BSP) president and former Uttar Pradesh Chief Minister Mayawati on Sunday slammed the Meerut Superintendent of Police (SP) for his alleged statement in a viral video and said that the conduct of cop was "condemnable and unfortunate".

"Muslims living in the country including Uttar Pradesh for years are Indians, not Pakistanis. During protests against CAA-NRC, the communal language/remarks by Meerut SP on them is extremely condemnable and unfortunate," she said in a tweet.

She also demanded an inquiry of the incident and said that the cop should be dismissed, if found guilty.

"A high-level judicial inquiry should be held against all such Policemen and if found guilty, they should be immediately dismissed from the job. This is the demand of BSP," she said in another tweet.

Meerut Superintendent of Police, Akhilesh Narayan Singh, who was caught on camera asking anti-CAA protestors in the city to "go to Pakistan", had on Saturday said that he was compelled to make such statements as the demonstrators were shouting 'Pakistan Zindabad' slogans.

In a purported video that went viral on social media, Akhilesh Narayan Singh was seen asking the people protesting against the Citizenship Amendment Act in Uttar Pradesh's Meerut to "go to Pakistan".

"We received information that some youngsters were planning to spread violence in the area. That day, protests were being held across the city. When I reached the spot, some youngsters raised slogans of 'Pakistan Zindabad' and ran away," Singh had told reporters.

Narrating the situation, he had said, "We found some of them (protestors) and scolded them. I told them if you raise 'Pakistan Zindabad' slogans and hate India so much then go to Pakistan. We are trying to identify them and action will be taken against them."

The video has created a major controversy with Congress leader Priyanka Gandhi Vadra sharing the video of the incident and accused BJP of spreading communalism in government institutions.