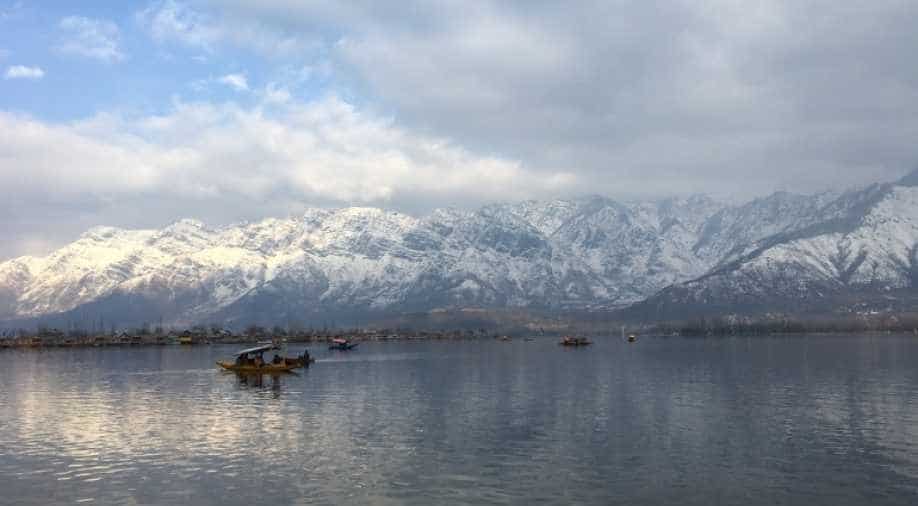 Global temperatures have risen by 0.8 to 0.9 degrees Celsius over the last 100 years. Kashmir's average temperature however has risen by 1.2 degrees.

The average temperature rise in the northern India state of Jammu and Kashmir has far surpassed the world average, which has got experts extremely worried.

As against a global increase of 0.8 to 0.9 degrees Celsius over the last 100 years, temperatures in Jammu and Kashmir have risen by an average of 1.2 degrees Celsius.

This has resulted in the melting of glaciers and greater precipitation which, the experts say, could lead to disaster in the state. Experts say that although warming is a global phenomenon, it will have a significant impact on the Kashmir valley since its glaciers are now melting at a fast pace. (Shafar glacier, which contributes to the Indus river, being among them.)

The experts say untimely rain and snowfall are indicators of the change.

And with the early snowfall this year, the effects of climate change are already being felt in the Kashmir valley.

A journalist in Srinagar recently compared the satellite images of important glaciers from the last 30 years and the results were astonishing, surprising to many.

"What I found was that there was a visible receding of Ice cover over the mountains. We looked at Shafat Glacier, which is the source of water for Indus river, and we found that the ice has receded. From images, it seems between 10 to 12 Kilometres," said Qazi Zaid, a journalist in Srinagar.

In 2014, Jammu and Kashmir witnessed a massive flood caused due to cloud bursting, which the first such indicator of global warming in the state.

According to a report prepared by the State Disaster Management Authority, since 2010, many flash floods and cloudbursts which have hit J&K resulted in the killing of 300 people.

It reads that property worth crores of rupees were also damaged. Flash floods and cloudbursts have also proved disastrous for the agriculture and horticulture sector of the valley which is the backbone of the rural economy.

Experts believe that given the geographical location, Jammu, Kashmir and Ladakh are prone to such calamities with continues deforestation adding to it.

"J&K is a mountainous area, which is very susceptible to global warming and climate change. Our state is at a typical geographical location and if there is any human interference, like continuous infrastructure building, it becomes problematic," says Sonam Lotus, Director Meteorological department Kashmir, adding that five smalls floods declared after 2014 are the indicators.