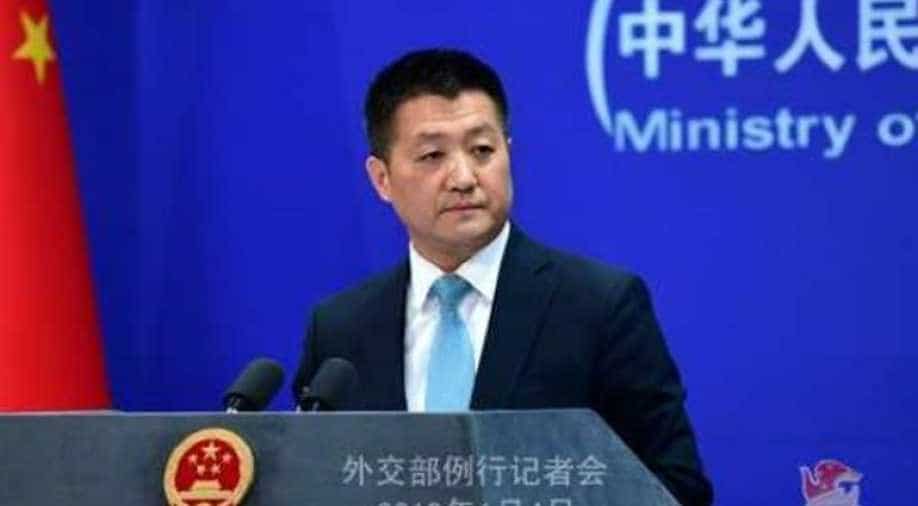 China urged India and Pakistan on Tuesday to "exercise restraint" after New Delhi said its warplanes attacked a militant camp, in a move that sent tensions soaring between the two neighbours.

"We hope that both India and Pakistan can exercise restraint and adopt actions that will help stabilise the situation in the region and improve mutual relations," China's foreign ministry spokesman Lu Kang said.

Twelve planes of the Indian Air Force bombed and destroyed Jaish-e-Mohammed's biggest training camp in Balakot in Pakistan early Tuesday - a move which Foreign Secretary Vijay Gokhale said was carried out after credible information emerged that JeM terror group was attempting suicide attacks at various parts of the country.

Briefing media after Indian Air Force's targeted air strikes on terror camps across the Line of Control, Gokhale said India was firmly and resolutely committed to taking all measures to fight the menace of terrorism, and added that the non-military pre-emptive action was targeted specifically at JeM camp.

India, meanwhile, slammed China saying that any member of the UN Security Council Sanctions Committee can use the veto to block and kill a proposal for want of unanimity, describing as "complex" and "contentious" the issue of veto which has been repeatedly used by China to block India's bid to designate Pakistan-based JeM chief Masood Azhar as a global terrorist.

Participating in the informal meeting of the Plenary on the Intergovernmental negotiations on the question of equitable representation on and increase in the membership of the Security Council, India's Permanent Representative to the UN Ambassador Syed Akbaruddin said that by a procedural stratagem, veto has been expanded to all members of subsidiary bodies of the Security Council, rather than being subject to restraints.

Akbaruddin said the issue of veto is complex, complicated and contentious, but "then we cannot also allow the veto to have a veto over the process of Council reform itself".

The Indian Ambassador's remarks on the veto in the Security Council's Sanctions Committee comes against the backdrop of China, a permanent member of the Security Council, repeatedly using its veto to block India's bid to designate Pakistan-based Jaish-e-Mohammed's chief Masood Azhar as a global terrorist.