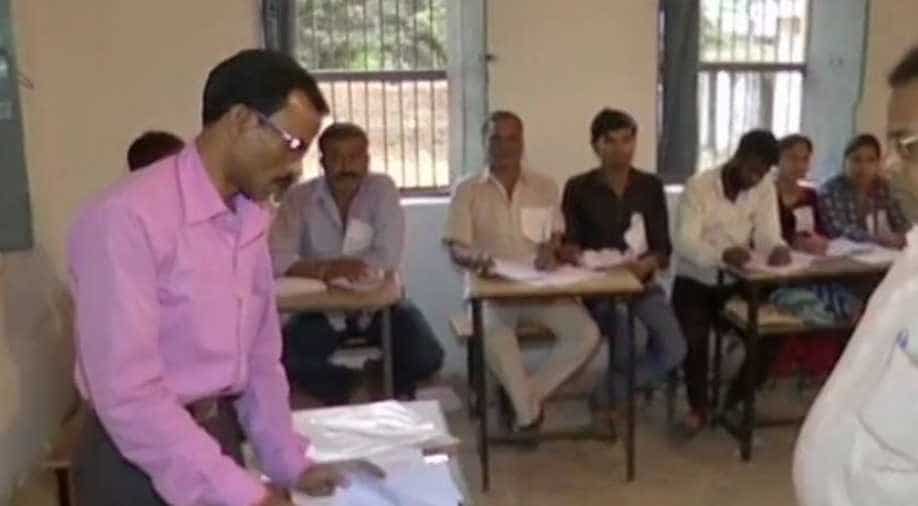 As many as 72 constituencies spread over 19 districts went to polls in the second phase of Chhattisgarh assembly polls today.

As much as 45.2 per cent voting was recorded till 2:55 pm in the ongoing second phase of polling in Chhattisgarh on Tuesday.

71.93% voter turnout recorded till 6 PM in the second phase of #ChhattisgarhAssemblyElections. Voting still underway at the polling booths where voters are in the queue pic.twitter.com/HhuyrW3e3x

According to the Election Commission of India, the overall polling percentage stood at 23.71 per cent at 12:30 pm. Pathalgaon was on the top of the list with 34.70 per cent turnout followed by Kunkuri and Jashpur with 34.7 per cent and 34.5 per cent voter turnout respectively.

As many as 72 constituencies spread over 19 districts went to polls in the second phase of Chhattisgarh assembly polls today. The voting commenced at 8am and is scheduled to end at 5 pm.

Around 19,300 polling booths have been set up for the second phase of polling. 1,079 candidates including 119 women are in the fray. More than 1,54,00,000 voters are eligible to exercise their voting right in the poll.

The first phase of the state assembly polls was conducted on November 12 and recorded around 70 per cent voter turnout. As many as 12 constituencies went to polls.