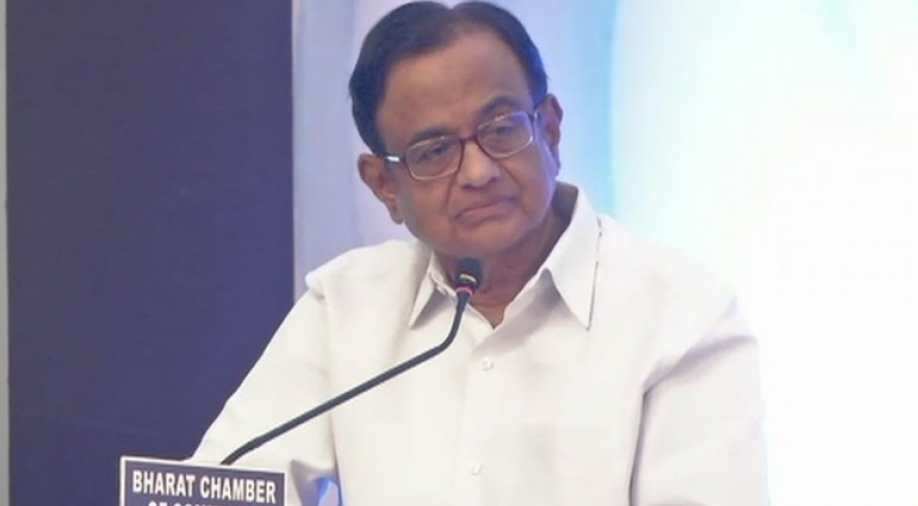 The Enforcement Directorate on Thursday told the Supreme Court that custodial interrogation of senior Congress leader P Chidambaram in the INX media case is required as if his plea for anticipatory bail is given it would affect cases involving Vijay Mallya, Mehul Choksi, Nirav Modi and Zakir Naik.

"Money laundering is an offence against society, nation and economy. Economic offences are gravest offences irrespective of quantum of sentence," Solicitor General Tushar Mehta appearing for the probe agency told a Bench of Justice R Banumathi and Justice AS Bopanna.

Countering the arguments of Chidambaram's advocates Kapil Sibal and Abhishek Manu Singhvi that Prevention of Money Laundering Act (PMLA) offences with seven years of punishment is not a grave offence because as per the Code of Criminal Procedure grave offences entail death penalty and life, Mehta said money laundering offences are "grave".

"Chidambaram's counsels have argued that gravity of an offence is subjective. PMLA offences may not be grave for them but the Courts have consistently held that economic offences are grave in nature. Gravity is a relative concept. Quantum of punishment is not relevant. What's important is what will be the impact of your offence in society. Money laundering is an offence against the society, nation and economy. Economic offences are gravest offences irrespective of quantum of sentence," Mehta said.

The top court was hearing Chidambaram's plea against Delhi High Court's order denying anticipatory bail to him in a case being probed by the ED.

Mehta also objected to the proposition made by Chidambaram's counsel Kapil Sibal to confront him with evidence before presenting it in the court, saying it is "absurd" and would have "devastating results" and is "preposterous".

Whether the accused's reply was evasive or not is decided by investigating agency and not by the court, he added.

He said the ED has been investigating various sensitive and high profile cases under PMLA and if Chidambaram's plea is accepted it would affect cases against Vijay Mallya, Mehul Choksi, Neerav Modi, Zakir Naik, Sarada chit fund, terror funding and other cases.

Mehta also contended that if accused at large is confronted with the evidence collected, then the agency will have exposed its evidence and witnesses and it will give a chance to the accused to tamper with evidence and erase the money trail.

"The investigating agency has absolute discretion to what extent to reveal the evidence to the accused. It is best to confront the accused with evidence when he is in custody," Mehta told the court, adding that investigation is an art where the agency brings the accused to divulge details and not a mere question and answer format or an interview.

During the hearing, Mehta said if given an anticipatory bail, Chidambaram may erase the money trail, influence the witnesses and tamper with evidence.

He also argued that the top court cannot be created as a regular court of appeal of the orders of the high courts, lower courts, and magistrate courts.

The apex court is "meant to lay down the law", Mehta said during the course of the proceedings in the High Court, a note was filed and it was examined by the Judge, adding that in the judgment it is said twice that the records have been examined to arrive at the conclusion.

"We are showing a document of evidence and they are saying don't show it to court before showing it to me. I want the court to look the material in my possession, including the statement of the accused, I have nothing to hide. I would insist that Court must look into the material available so that there is no iota of doubt about the material is cogent or not," Mehta said while concluding his arguments and added that he has documents in a sealed cover if the top court wanted to see.

In 2017, the Central Bureau of Investigation (CBI) had registered an FIR alleging irregularities in the Foreign Investment Promotion Board (FIPB) clearance was given to INX Media to the tune of Rs 305 crore in 2007 when Chidambaram was the Union finance minister.