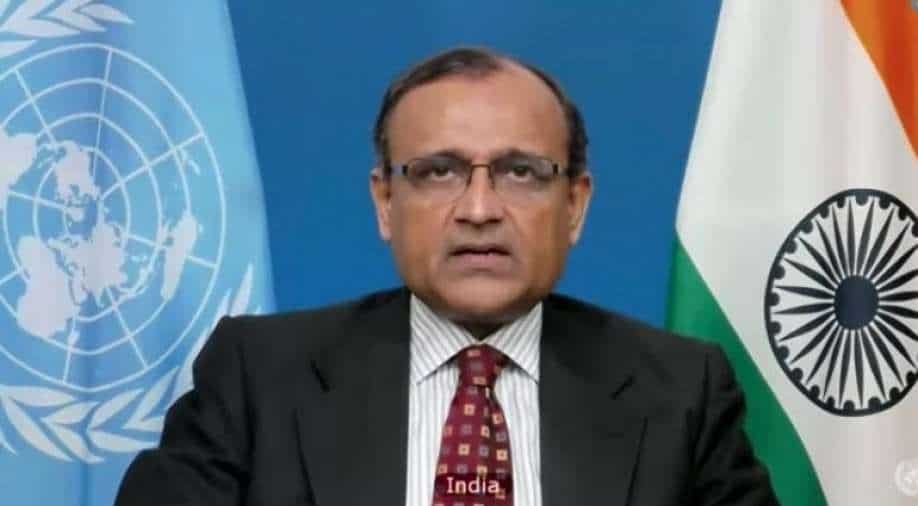 India has expressed its "deep concern" over violence in Jerusalem at the United Nations Security Council session on the ongoing Israel-Palestine escalating situation. This is the third session of UNSC on the situation, but first open session since the previous two meetings were closed.

Calling for "immediate de-escalation" as the "need of the hour, so as to arrest any further slide towards the brink", India's Ambassador to United Nation T S Tirumurti said, "we urge both sides to show extreme restraint, desist from actions that exacerbate tensions" and "refrain from attempts to unilaterally change the existing status quo, including East Jerusalem and its neighbourhood".

The violence started in Jerusalem at the Haram Al-Sharif, also known as Temple Mount during Ramzan, with the key reason being the possible eviction of Palestinians in the Sheikh Jarrah and Silwan neighbourhood in East Jerusalem. The area is a holy site in Judaism, Christianity, and Islam. The violence later spread to both West Bank and Gaza.

The Indian envoy Tirumurti condemned the "indiscriminate rocket firing from Gaza targeting the civilian population in Israel" that has "caused immense suffering and resulted in deaths" and paid tributes to the Indian national Soumya Santhosh who died in the rocket firing in the city of Ashkelon.

He said, "India has lost one of her nationals living in Israel.." and "we deeply mourn her demise along with all other civilians who have lost their lives in the current cycle of violence", reiterating "strong condemnation of all acts of violence, provocation, incitement and destruction".

Soumya Santhosh from the southern Indian state of Kerala was a caregiver living in the country for many years. She died in the Hamas rocket strike and is survived by her nine-year-old son and her husband. India's minister of state in the Ministry Of External Affairs V. Muraleedharan and Israel's Deputy Envoy Rony Yedidia Clein were present at the Delhi airport when her mortal remains reached India.

Ambassador Tirumurti listed New Delhi's "strong support to the just Palestinian cause and its unwavering commitment to the two state solution" and highlighted that the current situation "underscored the need for immediate resumption of dialogue between Israel and Palestinian authorities". The envoy also pointed out that the "absence of direct and meaningful negotiations between the parties is widening the trust deficit between the parties" and this "will increase the chances for similar escalation in future".

India at UNSC also explained how Jerusalem has a "special place in hearts of millions of Indians", with the city housing an Indian hospice — Al Zawiyya Al Hindiyya. The Hospice has been restored by the Indian government. According to legend, Indian Sufi saint Baba Farid had visited the site in AD 1200, meditating at the location.