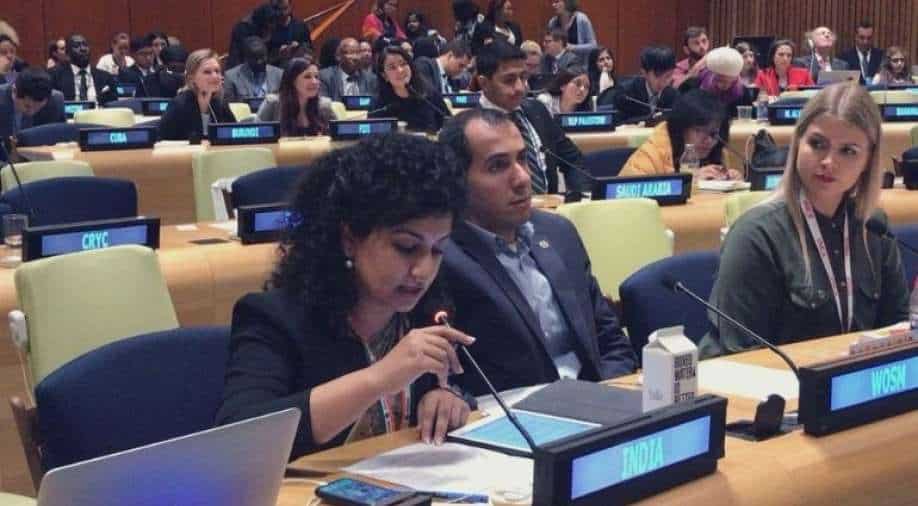 Pakistan was the key focus of India's right of reply at the council, which out of habit raises Kashmir, irking New Delhi

India's Second Secretary, Permanent Mission of India to UN, Geneva, Seema Pujani said, "As far as the subject of UN Resolutions is concerned, we would advise Turkey to practise what it preaches by first implementing those UN Resolutions that apply to it."

UNSC resolution on Cyprus has been a cause of embarrassment to Turkey even as it continues to occupy the northern part of the island nation in the Mediterranean Sea. Turkey in the past, especially after India removed special status for the erstwhile state for Jammu and Kashmir has been supporting Pakistani "cause" at various multilateral organizations especially UN.

Pujani, hitting out at Turkey said "we find them completely unacceptable", pointing out, "it is ironical for a country which has trampled upon its own civil society to pass unjustified comments on other’s internal matters."

Pakistan was the key focus of India's right of reply at the council, which out of habit raises Kashmir, irking New Delhi. For the first time, India raised the issue of acquittal of Omar Saeed, key accused in the killing of US Journalist Daniel Pearl and Islamabad's support to "state-sponsored terrorism".

Pujani said,"The recent acquittal of Omar Saeed Sheikh, the al-Qaeda terrorist and murderer" of Daniel Pearl by the Pakistani Supreme Court is a "clear example of the Pakistani establishment’s nexus with such entities and, as the US Secretary of State said, it is "an affront to terrorism victims everywhere.”

The young Indian diplomat listed out the "institutionalized discrimination and persecution" faced by the minorities in the country, along with "instances of repression" of journalists and civil society activists giving the example of Pakistani human rights defender Gulalai Ismail, Idris Khattak.

Gulalai Ismail is right now in the US and as retribution, her father Muhammad Ismail has been arrested under "terror" charges by Pakistan. Idris Khattak, who was doing a report on enforced disappearances in Pakistan’s Federally Administered Tribal Areas has been missing since November 2019.