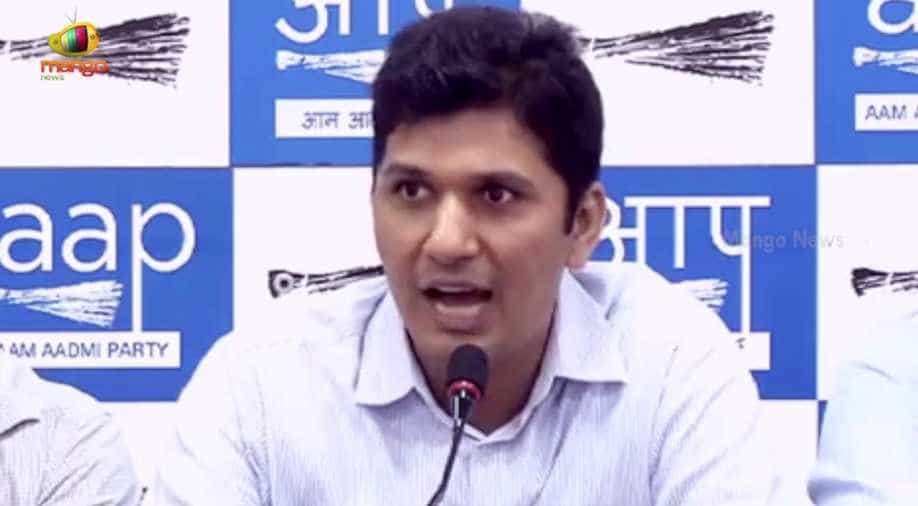 The alleged physical assault on Delhi Minister Imran Hussain on February 20, the Aam Aadmi Party (AAP) alleged on Tuesday in the secretariat, was “pre-meditated” and the result of a “conspiracy” hatched at Raj Niwas by LG Anil Baijal, chief secretary Anshu Prakash and IAS Association.

The party said the BJP-led Centre was also backing the IAS association for boycotting work of the Delhi government following the alleged attack on the chief secretary on the intervening night of February 19 and 20 by AAP MLAs Prakash Jarwal and Amanatullah Khan.

"The physical assault on Delhi minister Imran Hussain on February 20 was pre-meditated and result of a conspiracy hatched at the LG House by the Lieutenant Governor, Chief Secretary and the IAS Association," Saurabh Bharadwaj, chief spokesperson of AAP's Delhi unit alleged.

AAP’s chief spokesperson Saurabh Bharadwaj claimed a meeting of the IAS Association was held at the Secretariat on Tuesday.

“At the meeting, the officers and employees were provoked and given the go-ahead to attack the ministers and their associates. They were assured that no action would be taken against them because the police and the Centre will support them,” Bharadwaj alleged.

It was in the afternoon, the party claimed that an FIR was registered and happened to be “a tailor-made police complaint by the Chief Secretary”.

“As the Delhi Police reports to the L-G, there has been no action against the officers in spite of video evidence available in public domain. Mr Hussain approached the Delhi court against police inaction and the court has ordered the police to preserve the CCTV footage of the Delhi Secretariat. The court on Monday ordered the police to preserve the call details of Mr Prakash,” the party said.