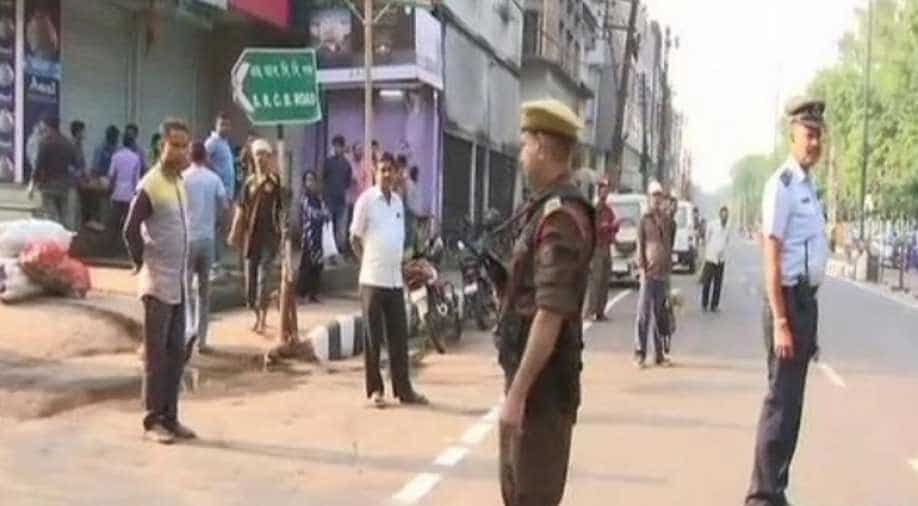 Though BJP-led Assam government's alliance partner Asom Gana Parishad (AGP) was not in support of the bandh, it took out a massive rally to protest against the bill.

The 12-hour Assam bandh called by 46 organisations against the citizenship bill evoked a widespread response in the state Tuesday with markets and financial institutions closed.

Though BJP-led Assam government's alliance partner Asom Gana Parishad (AGP) was not in support of the bandh, it took out a massive rally to protest against the bill. It was led by party president and Agriculture Minister Atul Bora from Latasil Field to Chandmari area in Guwahati.

Shops, markets and financial institutions kept their shutters down, while attendance in offices and educational institutions was thin, the sources said.

State-run Assam State Transport Corporation (ASTC) city and long distance buses plied with police escort Tuesday. Private commercial vehicles, however, kept off the roads as operators claimed that damage to their vehicles during bandhs and riots were not compensated by insurance companies.

Krishak Mukti Sangram Samiti (KMSS), Asom Jatiyatabadi Yuba Chatra Parishad (AJYCP) and 44 other organisations had called the 12-hour bandh from 5 am to protest against the Centre's bid to pass the bill in winter session. The Congress and the AIUDF had extended support to the bandh.

The Citizenship (Amendment) Bill, 2016 was introduced in the Lok Sabha to amend the Citizenship Act, 1955 to grant Indian citizenship to Hindus, Sikhs, Buddhists, Jains, Parsis and Christians who fled religious persecution in Bangladesh, Pakistan and Afghanistan and entered India before December 31, 2014.

The Assam government had on Monday directed all district administrations to ensure that there was no bandh Tuesday. Deputy commissioners had issued orders that all shops, business establishments and educational institutions remain open, transport facilities ply normally and all government officials should attend to their duties.

Carrying the AGP flag, placards and banners, the participants in the 'pratibadi samadal' (protest rally) walked through the main thoroughfare Gopinath Bordoloi Road to Chandmari to create awareness against the bill.

Addressing a gathering before the start of the procession, AGP president Atul Bora said the rally was called against the bill as it threatened the existence, identity, culture and language of the indigenous people of the state.

"We have already made our stand clear on the Citizenship (Amendment) Bill. Under no circumstances, are going to support it. We will fight till the end against the bill," he said.

Bora said the party was opposed to the bill as it "violated" the Assam Accord which was the result of a six-year long Assam agitation from 1979 against illegal migrants when 855 people died for the cause.

A team of AGP ministers, MLAs and leaders had recently visited Delhi to meet the members of the Joint Parliamentary Committee (JPC) on the bill to put forward the party's views on it, he added.

Finance and Health Minister Himanta Biswa Sarma Monday said the Gauhati High Court had ruled that calling a bandh was illegal and as such the state-wide bandh called by 46 organisations could not be allowed and anyone supporting it would be committing contempt of court.

KMSS leader Akhil Gogoi said that this was the first time that they had called a bandh as the very "existence of the Assamese and their identity was at stake".

Gauhati West MLA Ramendra Narayan Kalita said, "We will not allow the bill to be passed in Parliament and we are taking all measures towards it. The Centre has to understand the sentiments of the people of Assam."

He said the government should realise that the people of Assam had come out to protest against its move to endanger their existence.

"We have been opposing the passage of the bill in Parliament and will continue to do so," said another AGP MLA Satyabrat Kalita.

Other party leaders said the bill would frustrate the Assam Accord and there should not be any division of illegal migrants on the basis of religion as proposed by the bill.

The granting of Indian citizenship to Bangladeshi Hindus would turn the indigenous people of the state to minorities in their state, threatening their existence and heritage, the speakers asserted.

Assam Water Resource Minister Keshav Mahanta told the gathering that his party would "under no circumstance" allow the Centre to pass the bill.

"Come what may, we will not allow the Centre to pass the bill. Anything that goes against the Assamese community, we will never support it," Mahanta asserted.