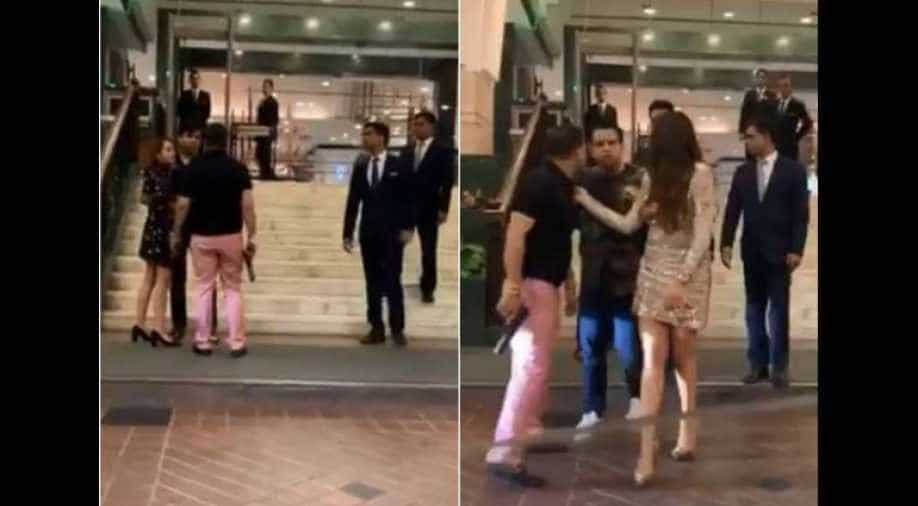 The Delhi Police have registered a case against Pandey under the Arms Act.

Ashish Pandey has been sent to one-day police custody against Delhi Police request for four days.

Earlier, Pandey, son of former BSP MP Rakesh Pandey, surrendered before the Delhi's Patiala House Court after police registered a complaint against him for allegedly brandishing a gun outside Hyatt Regency in Delhi on October 14.

Pandey said that he took out the gun for his safety and added that he did not brandish it.

''I took the gun with me for safety. I didn't brandish it. It was hanging behind me all the time. I didn't even address that girl, she pushed me and made obscene hand gestures. I've faith in the judiciary, therefore,  decided to surrender. There is no history of the police case against me,'' Pandey said.

Pandey denied going to the ladies toilet and said that he was being projected like a wanted terrorist.

''I'm being projected like I'm a wanted terrorist and police across the nation is looking for me. Look Out Circular has been issued against me. If you check CCTV footage, you'll find who went to ladies toilet that night and who threatened whom,'' he added.

The Delhi Police had filed an FIR under the Arms Act and sections of the IPC, including those related to causing hurt (323), criminal intimidation (506) and using force with the intent to outrage the modesty of a woman (354).

In the video, Ashish was seen with a gun in his hand outside the Hyatt Recency arguing with a couple as other women friends passed by and got into his car. The hotel authorities were seen trying to defuse the situation.

Pandey later got into the car and left.