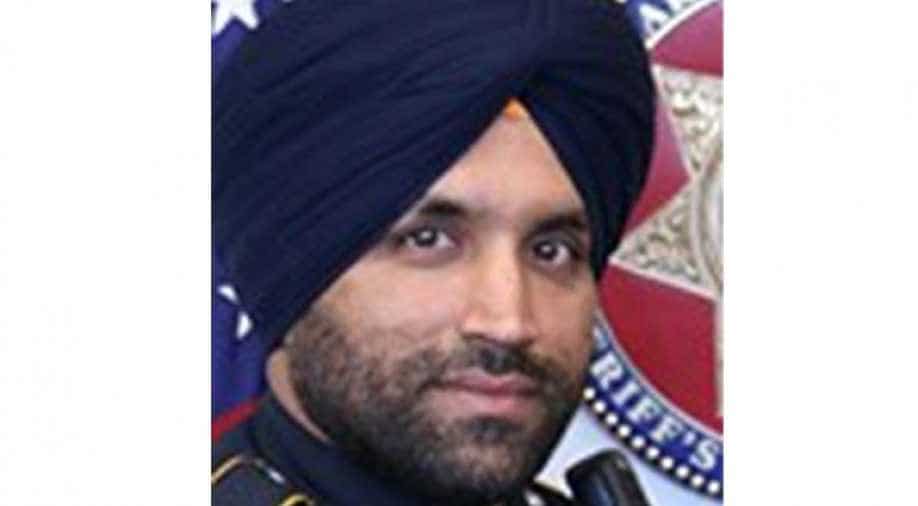 Dhaliwal was conducting a traffic stop when he was shot.

America's first Sikh police officer on Friday was shot dead in northwest Harris County in Houston. Sandeep Dhaliwal was a 10-year veteran at the Harris County Sheriff`s Office and a father of three, Sheriff Ed Gonzalez said at a press conference.

"He wore the turban, he represented his community with integrity, respect and pride and he was respected by all," he added.

Dhaliwal was conducting a traffic stop when he was shot, the sheriff said. There were two people in the vehicle. As Dhaliwal was headed back to his patrol car, Gonzalez said that a man got out of the vehicle with a pistol.

"In a cold-blooded manner, ambush-style, (he) shot Deputy Dhaliwal from behind," CNN quoted Gonzalez as saying.

Two people are currently in custody in connection with the shooting, the sheriff said, and a weapon was found that deputies believed was used to shoot Dhaliwal.

"It`s the worst day, the worst nightmare for any police executive," Gonzalez said.

Texas Governor Greg Abbott, released a statement on Friday, saying "this tragic loss is a grave reminder of the risks that our law enforcement officers face every single day."

"I thank the officers who bravely responded to apprehend the suspect, and I assure you that the state of Texas is committed to bringing this killer to justice," Abbott said.