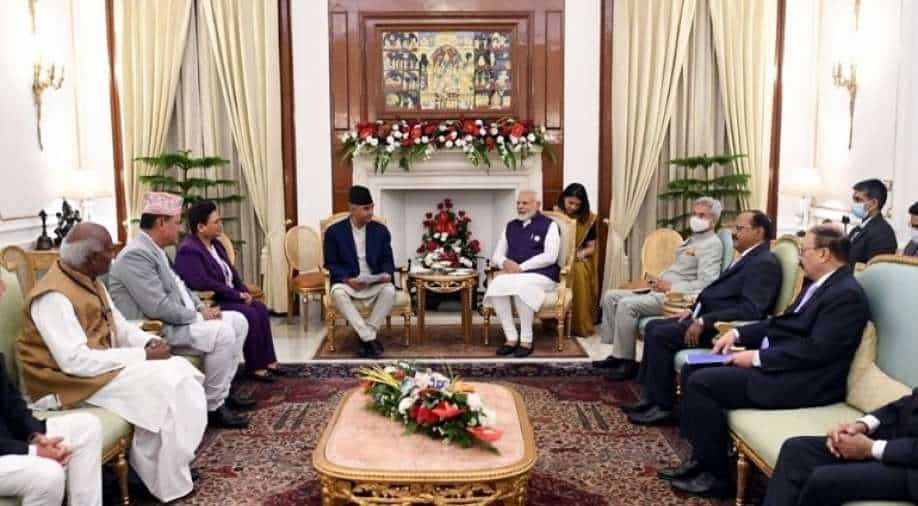 The two leaders also vowed to further expand bilateral ties in several areas and inaugurated a number of projects.

Built under India's Grant Assistance, the train services between India’s Jainagar and Nepal’s Kurtha were inaugurated on Saturday.

Four pacts were inked by the two sides to expand cooperation in railways and energy after the wide-ranging talks.

In a statement, Modi said the friendly ties between India and Nepal are unique. And this relationship is not seen anywhere else in the world.

India has been and will continue to be a firm companion in Nepal's journey for peace, prosperity and development, the PM said.

Nepalese prime minister, who is on a three-day visit to India, has been accompanied by a high-level delegation. He arrived in New Delhi on Friday.