Ahemdabad: Preparations in full swing ahead of Trump's maiden visit to India 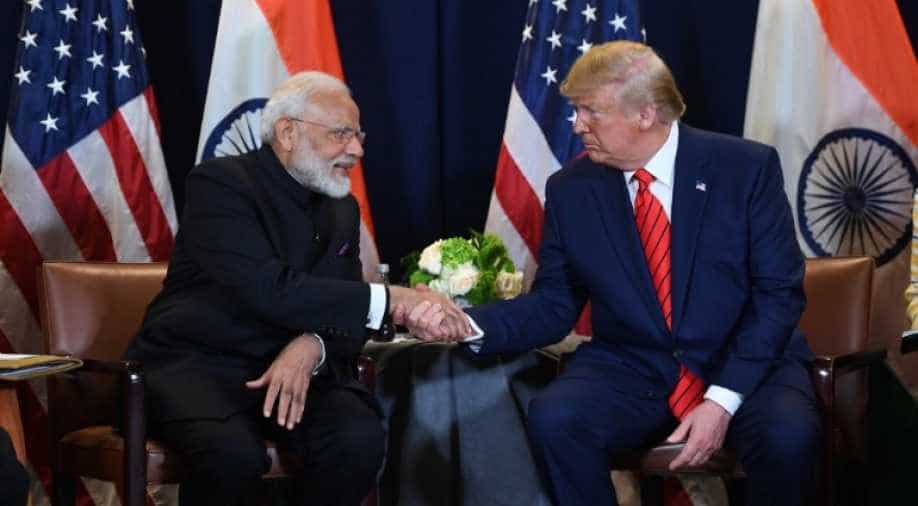 In his maiden visit, Trump along with First Lady Melania will travel to India from February 24 to 25. He will New Delhi and Ahmedabad during the visit.

Preparations in Ahemdabad are in full swing as India is gearing up to roll out the red carpet for US President Donald Trump.

In his maiden visit, Trump along with First Lady Melania will travel to India from February 24 to 25. He will New Delhi and Ahmedabad during the visit.

Preparations are currently underway in Ahmedabad for the last two weeks for the mega rally that will showcase the bonhomie of PM Modi and Trump in full display.

Teams from the US embassy and the Ministry of External Affairs have both visited Ahmedabad to oversee the preparations.

A special team of the US President's security squad will reach Ahmedabad today to review the preparations.

For Trump's security personnel, 300 cars have been arranged with high safety features.

Packed with tight schedule, Trump will fly directly to Ahmedabad where PM Modi will receive him at the airport. There will be a grand roadshow from Ahmedabad International airport to Sabarmati Ashram.

For US President's security, snipers will be deployed on all major buildings along the route.

The maiden visit will start with a visit to Mahatma Gandhi's Sabarmati Ashram. Trump will become the first US President to visit the Ashram.

The President and the first lady will also be given a tour of Hriday Kunj, Gandhiji’s house, where they will operate a spinning wheel and known as "charkha" in India.

From there, the two leaders will inaugurate the new Sardar Vallabhbhai Patel Stadium,  the largest cricket stadium in the world.