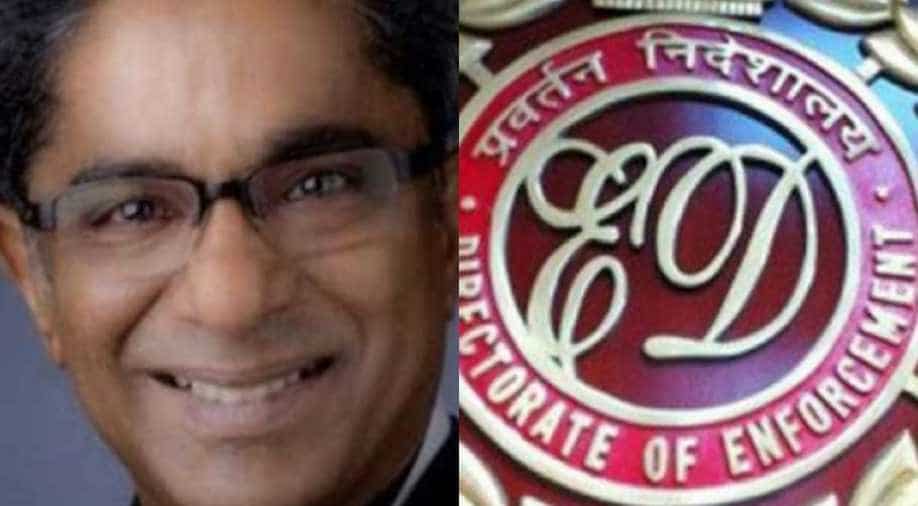 Rajiv Saxena and Deepak Talwar, both of them were picked by Dubai authorities on Wednesday “in assistance” to a request made by Indian agencies. Photograph:( Others )

The Enforcement Directorate (ED) in December last year, in reply against Dubai-based businessman Saxena’s bail plea, had informed the court about the request for his extradition from Dubai as he had failed to join the investigation even after repeated reminders.

In yet another breakthrough in the VVIP chopper scandal, Rajiv Saxena, the co-accused in Rs 3,600-crore AgustaWestland chopper deal case, and corporate lobbyist Deepak Talwar were extradited to India in the early hours of Thursday from United Arab Emirates (UAE).

According to sources a two-member Enforcement Directorate team headed by an Inspector General rank officer and officials of Ministry of External Affairs and Research and Analysis Wing (R&AW) have accompanied both the accused to Delhi from Dubai in the aircraft which landed at the Indira Gandhi International (IGI) Airport in New Delhi around 2.30 am.

Rajiv Saxena was picked up by UAE state security from his residence this morning at 9:30 am (UAE time) on Wednesday and illegally extradited to India around 5:30 pm (UAE time).

The Enforcement Directorate (ED) in December last year, in reply against Dubai-based businessman Saxena’s bail plea, had informed the court about the request for his extradition from Dubai as he had failed to join the investigation even after repeated reminders.

On October 6 last year, a court in Delhi had issued a non-bailable warrant (NBW) against Saxena after the ED informed the court that he was not joining the investigation even after repeated summons. Saxena’s name figured in a charge sheet filed against his wife Shivani, currently out on bail after being arrested by the ED.

Geeta Luthra and Prateek Yadav, lawyers of Rajiv Saxena said when they asked to speak to UAE state security and demanded to understand what happened, they were told he is on flight and can’t be stopped. When they queried this further they were told “Ask the Indian Government".

They further added, "There were no extradition proceedings started in the UAE and he was not allowed access to his family or lawyers or essential daily medicine. He was boarded onto a private jet from a private terminal at Dubai International Airport".