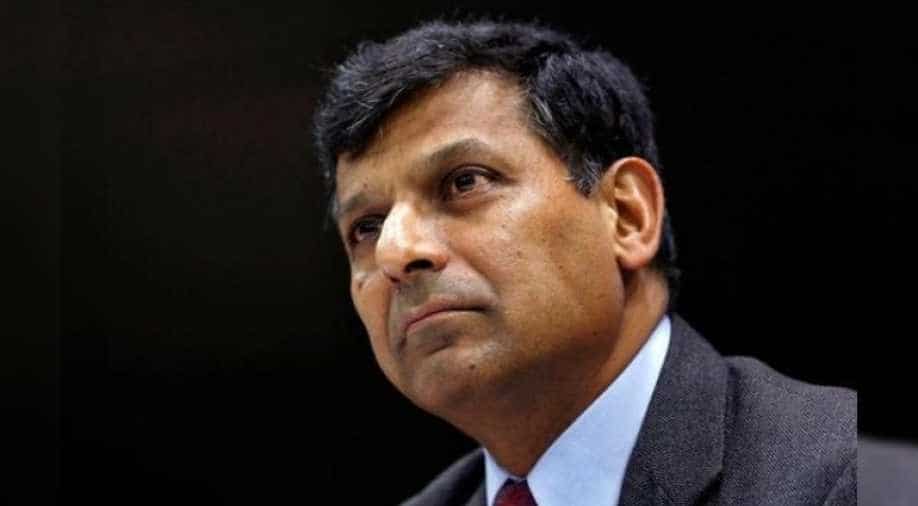 It not only inhibits investment in the farm sector but put pressure on the fiscal of states which undertake farm loan waiver, he said.

Former RBI Governor Raghuram Rajan Friday said farm loan waiver should not form part of poll promises and he has written to Election Commission that such issues should be taken off the table.

It not only inhibits investment in the farm sector but put pressure on the fiscal of states which undertake farm loan waiver, he said.

In every state election during the last five years, loan waiver promise made by one political party or other. The recently concluded assembly election in five states, agriculture loan waiver and increasing minimum support price (MSP) of cereals was again part of manifesto of some of the political parties.

"I have said forever, even written a letter to the Election Commissioner saying they should be taken off the table. I mean, certainly there is reason to think about farm distress. But, the question of whether the flows to farmers is best affected by waiving loans, after all, there is only a subset of farmers who get those loans.

"So, it often goes to the best connected rather than those most poorly off. Second, it obviously creates enormous problems for the fiscal of the state once those waivers are done. And I think, unfortunately, it inhibits investment down the line," he said here while releasing a report titled 'An Economic Strategy for India'.

Loan waivers, as the RBI has repeatedly argued, vitiate the credit culture, and stress the budgets of the waiving state or central government, he said.

Rajan, who was RBI governor for three years till September 2016, is currently teaching at the Chicago Booth School of Business.

"And I think our farmers deserve no less. We need to create the environment in which they can be a vibrant force and I would say more resources are definitely needed. Whether loan waivers are the best? I think it's highly questionable," he said.

He expressed hope that an all-party agreement to this effect would be in the nation's interest.

"It's no surprise to you that there is fair amount of agricultural distress which we have seen being highlighted by farmers, and also political parties are responding with variety of measures such as loan waivers," he said citing the report outlining the agenda for the next five years.

On the current economic situation, Rajan said although India has had 7 per cent growth, it is not clearly creating enough jobs.

"250 per job and these are not priced jobs. These are actually low level jobs. So, it does suggest enormous demand for jobs," he said.

Furthermore, he said, growth is not benefiting all sectors and all people, and inequality to some extent is increasingly.

Besides, he expressed concern over subdued exports despite the fact that India has enormous quantities of cheap labour.

Noting that there has been talk about improvement in inflation, he said, there is no improvement in the fiscal deficit of centre and states in the last 5 years.

"So, in terms of public sectors borrowing, it's still as big as it was and that is source of concern especially as states budgets are going out of balance. We see trade deficit is large even after taking out the effect of borrowing," he said.

Rajan, who is also part of the report, said that it looks at some of these challenges that the country faces.

"We should ask the question that is this growth path viable and clearly more needs to be done on macro stability, on fiscal deficit, there are proposals in the paper that how we can do that, we absolutely need to enhance growth beyond 7 per cent, lot of back and forth on what the true growth numbers are, whatever they are, they are not enough," he said, apparently referring to the various GDP data brought by the government.

The report, prepared by 13 economists from India and abroad, comes ahead of 2019 general elections.