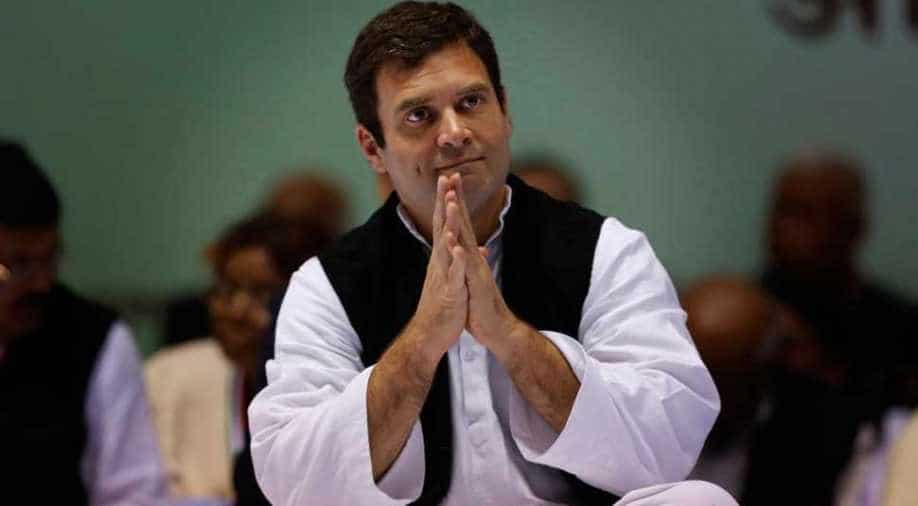 Senior leader and Congress General Secretary Randeep Singh Surjewala on Friday said that the party would soon begin the process to elect its new chief, adding that 99.9 per cent of party members back Rahul Gandhi.

Surjewala's comments came as Congress chief Sonia Gandhi is all set to meet the party's rebel leaders who are demanding a structural overhaul and an "active" and "full-time" leadership.

"Party will soon start the procedure to elect a new party president. Electoral college of Congress, AICC members, Congress workers & members will choose who's best suited. 99.9% of people including me want Rahul Gandhi to be elected as party president," Surjewala was quoted as saying by Hindustan Times.

India's Grand Old Party is witnessing declining support ever since Prime Minister Narendra Modi established himself in the national politics and later won two general elections with a resounding mandate.

Rahul was Congress's prime ministerial candidate during the 2019 election in which party again performed poorly, which led to his resignation as the party president.

He also had said that no one from his family, including his mother Sonia and sister Priyanka Gandhi Vadra will head Congress and ever since his resignation more than a year ago, the party has failed to elect a permanent leader.

Other than Lok Sabha polls, Congress also faced a drubbing in Bihar Assembly polls and lost power in the central Indian state of Madhya Pradesh.

Its failures triggered 23 dissenting leaders to write a letter demanding an overhaul of the party in August.