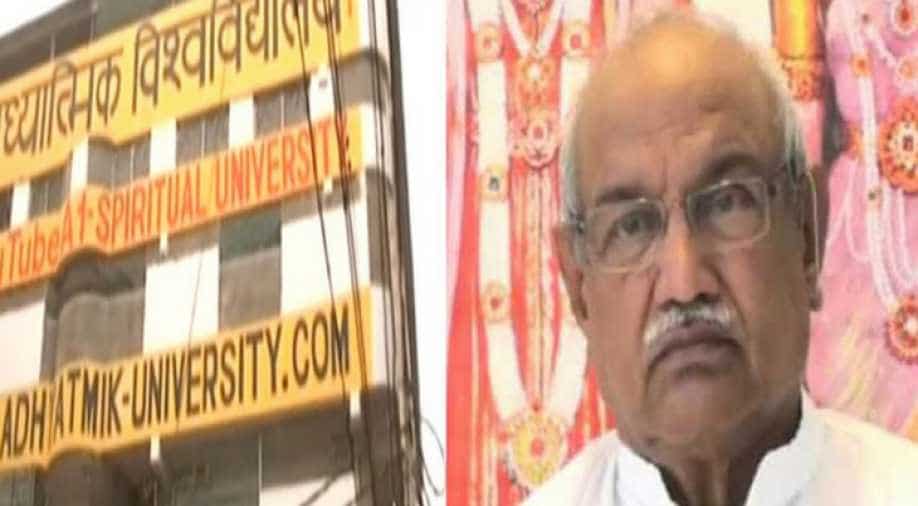 The girls asserted that they are allowed to meet their guardians. In photo: Self-proclaimed godman Virendra Dev Dixit. Photograph:( Zee News Network )

More than 70 girls were found staying in a Rajasthan ashram run by self-styled godman Virendra Dev Dixit, the accused in the Rohini-ashram case, the police said today.

On December 24, 47 women and six minor girls were rescued from different centres of Adhyatmik Vishwa Vidyalaya in Delhi and Uttar Pradesh run by Dixit, with the CBI probing charges of rape and illegal confinement of girls and women at the centres against him.

The search at Abu Road in Sirohi district of Rajasthan was conducted yesterday following directions from senior officers.

The 72 girls claimed that they were staying in the ashram for spiritual activities and living there willingly. They asserted that they are allowed to meet their guardians, said Mithu Lal, Station House Officer (SHO) of Abu Road police station.

The caretaker of the ashram has been told to provide documents of the girls. However, no suspicious activity was noticed in the ashram as of now, the SHO said.

"We are verifying the credentials of the girls and other staffers," he said.

Last month, the Delhi Commission for Women along with a police contingent raided two centres of Dixit in Rohini and Dwarka and rescued over 40 girls who were allegedly confined there.

The matter had come to light after a PIL was filed by an NGO, Foundation for Social Empowerment, in the Delhi High Court. The NGO had informed the court that several girls and women were allegedly being illegally confined there.