10 of 13 killed in offensive from Shopian, sign of security forces' control on area 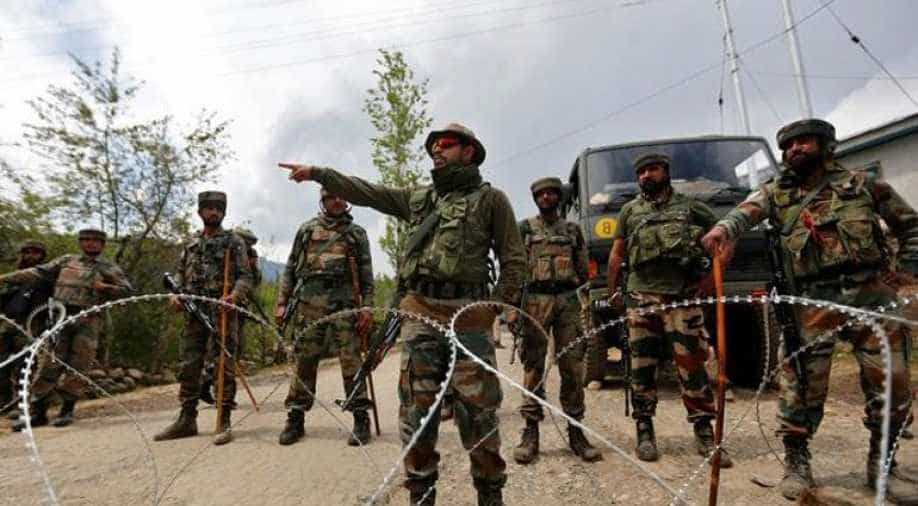 Ten of the 13 militants killed over the weekend in a major offensive by the state police were from Shopian, an indication that security personnel have tightened their hold on the south Kashmir terror bastion over the last five months, officials said.

Most of the 10 from Shopian, once considered the ground zero of terrorism, were young and had joined the militant movement between last year and now. Sources in the security establishment expressed the hope that parents of disappeared youth would now encourage their children to shun violence and surrender.

The oldest of the 10 was Ishfaq Ahmad Thoker, alias 'Abrar', who became a militant in September 2015, officials said.

"It is painful to all of us to see the loss of young lives. My appeal again to the parents of the boys, who have taken the wrong path... They should convince their wards to leave the path of violence and come home," he said Sunday.

Considered a gateway to the Kashmir Valley for being strategically located on the way to the historical Mughal road, Shopian had nearly 30 active militants, including Saddam Paddar and Zeenat-ul-Islam who are rated A++ category militants and carry a cash reward on them. Both are still at large.

The area, south of the Peer Panjal mountain range, can provide free access to terrorists to cross over to Doda, Kishtawar and Poonch area of Jammu, the officials said.

"My appeal to the young people of Kashmir would be not to be carried away by Pakistan or their proxies and be led into the path of violence," said Lt Gen A K Bhatt, corps commander of the Srinagar-based XV corps.

"We will carry out operations as we have carried against anybody who will use his weapon," Bhatt had said Saturday.

More than 50 youths from the area "disappeared", a euphemism for joining various militant groups, after the killing of Burhan Wani, the poster boy of Hizbul Mujahideen, on July 8, 2016.

The police, CRPG and the Army increased their footprint over Shopian, where militants roamed freely, last year.

The forceful resistance to security forces to enter into Heff Shermaal area in the district in April last year was an eye-opener, officials said. Security forces were compelled to withdraw, pushing senior officials to the drawing board to draft a new strategy to make Shopian a militant free zone.

Victor Force, a counter-insurgency unit of the Army headed by Major Gen B S Raju, Inspector General of Police (Kashmir range) S P Pani, along with senior CRPF officers brain-stormed and re-calibrated their plans to control Shopian, it is learnt.

In November last year, the CRPF moved in a reserve battalion comprising nearly 1,000 men into Shopian. At the same time, police moved in a large number of its personnel to various parts of the district. Its crack teams joined hands with the Army and the CRPF.

The Army also established new camps at Nagabal, Chillipura, Maitribugh, Zainpura and Larkipura and increased its strength in existing camps in the area, the officials said.

The most important of these was the Army camp at Chillipura, which is located next to Heff Shreemal area.

Security forces Sunday gunned down 13 militants, including those responsible for the brutal killing of Lieutenant Umar Fayaz, in three counter-insurgency operations that also claimed the lives of three Army jawans and four civilians in Anantnag and Shopian districts.

The operations, which dealt a severe blow to terror groups in Kashmir Valley, were launched in the two districts Saturday night and continued till late Sunday.