The rise and rise of Amit Shah: His journey to becoming BJP's most successful president 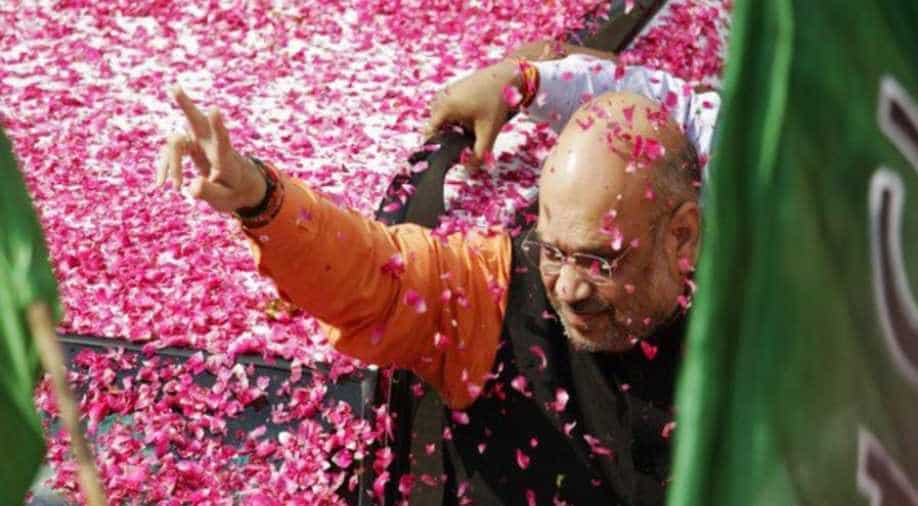 With one Lok Sabha election and assembly polls of Maharashtra, Haryana, Jharkhand, Jammu-Kashmir, Assam, Tripura, Uttar Pradesh, Shah's record as the BJP president has been unmatchable.

"It is time for Congress to get an Amit Shah," former Jammu-Kashmir Chief Minister and once an ally of BJP, Mehbooba Mufti said in a tweet as the trends showed BJP, led by Amit Shah, headed for yet another stellar victory in the Lok Sabha polls.

Indeed, as the captain of the winning team, Shah deserves credit for turning the party into an election-winning machine.

With one Lok Sabha election and assembly polls of Maharashtra, Haryana, Jharkhand, Jammu-Kashmir, Assam, Tripura, Uttar Pradesh, his record as the BJP president has been unmatchable.

Shah took over as the BJP president soon after NDA emerged victorious in 2014 general elections. A trusted lieutenant of Prime Minister Narendra Modi, he was appointed party in-charge of Uttar Pradesh just ahead of the 2014 national elections.

With his sharp organisational skill and political acumen, Shah helped the party and its allies win 73 out of 80 seats in the stat,e leading PM Modi to proclaim him as "man-of-the-match" of BJP's victory.

But his journey has not been as smooth as it seems. Shah was born in Mumbai in 1964. He was brought up at his paternal village in Maansa, Gujarat till the age of 16.

According to his website, as a young boy, he was always inspired by the stories of the great patriots of the nation and dreamt of working for the progress of the motherland.

He was especially inspired and influenced by the nationalist spirit and vision of Rashtriya Swayam Sevak Sangh (RSS) and became its active member in Ahmedabad, it says.

Shah worked for Akhil Bhartiya Vidyarthi Parishad, the student wing of RSS for some time before he joined BJP in 1984-85. There, Shah was noted for his organisational skills and was appointed the national treasurer of Bhartiya Janata Yuva Morcha and subsequently the state secretary and state vice-president of the party in Gujarat.

With his excellent election management expertise, Shah managed the election campaign of BJP stalwart Lal Krishna Advani's election from Ahmedabad constituency in 1989. During these years, Shah came in contact with Narendra Modi- then a rising star in the BJP.

He and Narendra Modi, who was then an organisational secretary of the party in Gujarat, helped BJP mobilise its workers, which bore fruitful results for the BJP in subsequent elections.BJP came into power in Gujarat in 1995.

However, its government fell in 1997. According to the BJP president`s website, Shah successfully contested the Assembly Elections from Sarkhej that followed the BJP government's fall.BJP returned to power in the state with Narendra Modi as its Chief Minister in 2002.

Shah handled several key portfolios in the state government including the Home Ministry.

However, challenges grew for Shah in 2010 when he was jailed in Sohrabuddin Sheikh encounter case.

Later, a special CBI court dismissed the case. It is 2019 now and the BJP led by Shah is on its way to scripting history by becoming the first party in India, since 1971, to return with full majority.