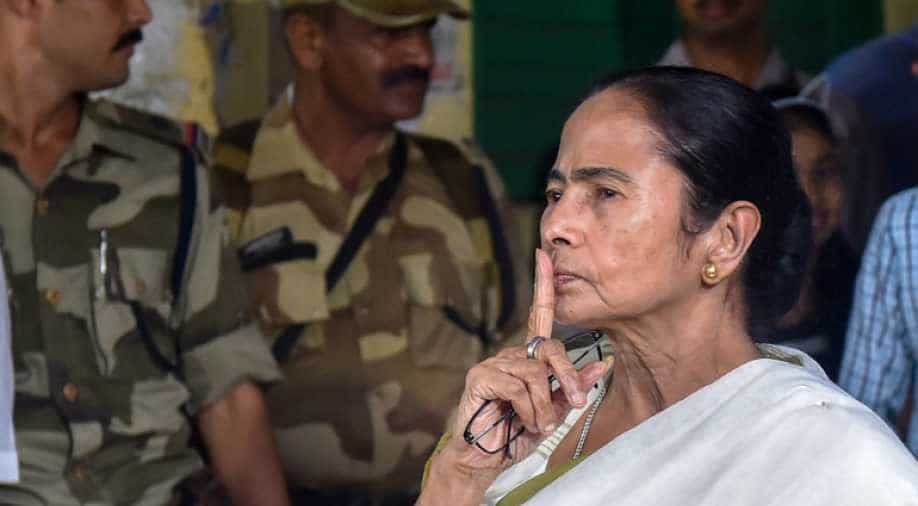 The Lok Sabha election results 2019 are likely to have a major impact on the next government - both in the state and the Centre.

The counting for 42 Lok Sabha constituencies in West Bengal will be taken up Thursday along with the rest of the country.

A day before the counting, the BJP's state unit on Wednesday seemed upbeat about its performance in the state, with a senior leader saying people's desire for an "alternative" to the ruling Trinamool Congress (TMC) may propel them to an even better position than the exit polls predictions.

The Lok Sabha election results 2019 are likely to have a major impact on the next government - both in the state and the Centre. Most of the exit polls have predicted an unprecedented surge of the BJP in Bengal this election and projected that it may end up winning between five to 23 out of 42 Lok Sabha seats, handsomely improving its tally of two seats five years back.

"Certainly the exit poll projections have made our workers optimistic. But we are hoping to do even better as people of Bengal are with us. We are hopeful that tomorrow's (Thursday's) result will upset many calculations. We are not sure if we will win 23 seats or even more," party's state general secretary Pratap Banerjee said on Wednesday.

The party leadership said no major programmes have been planned yet for Thursday as most of the senior leaders, who contested in the 2019 polls, will be in their respective constituencies when the results are announced.

Dubbing Mamata Banerjee's apprehensions over EVMs as "baseless", Banerjee said it was a "last ditch attempt" by her to pep up party workers.

He also said that a giant projection screen will be put up on the ground floor hall of the state party headquarters where local leaders and activists will watch the election results unfold.

The Trinamool Congress, which has dubbed exit polls as "gossip", had said as per its internal reports from districts, the party was comfortably placed to win. The TMC also exuded confidence that it would play a major role in the formation of a new government, for which it is in touch with various opposition parties.

Some of the exit polls have suggested the TMC getting 24 seats.

Although West Bengal has been a Trinamool Congress bastion for the last several years, the state seems to have undergone a massive change in its political leanings during Lok Sabha election 2019. While it always been a direct contest between Mamata Banerjee-led Trinamool Congress and the Left Front with Congress also strong in a few pockets, the Bharatiya Janata Party (BJP) has gone out all guns blazing to become a major player in the state.

PM Narendra Modi and BJP chief Amit Shah have led the BJP charge, addressing several rallies in the state which was countered on every junction by the supremely combative Mamata Banerjee.

Trinamool Congress has swept aside the opposition in the 2014 Lok Sabha election by winning 34 seats. The Congress managed just four seats while the Left Front which ruled West Bengal for almost three-and-a-half decades till its rout at the hands of Trinamool Congress in the 2011 Assembly election, could win in only two seats. The BJP was also victorious in two Lok Sabha constituencies.

The state went to polls in all the seven phases of Lok Sabha election - April 11, April 18, April 23, April 29, May 6, May 12 and May 19. West Bengal’s 10 seats out of 42 are reserved for Scheduled Caste while two are for Scheduled Tribe candidates.