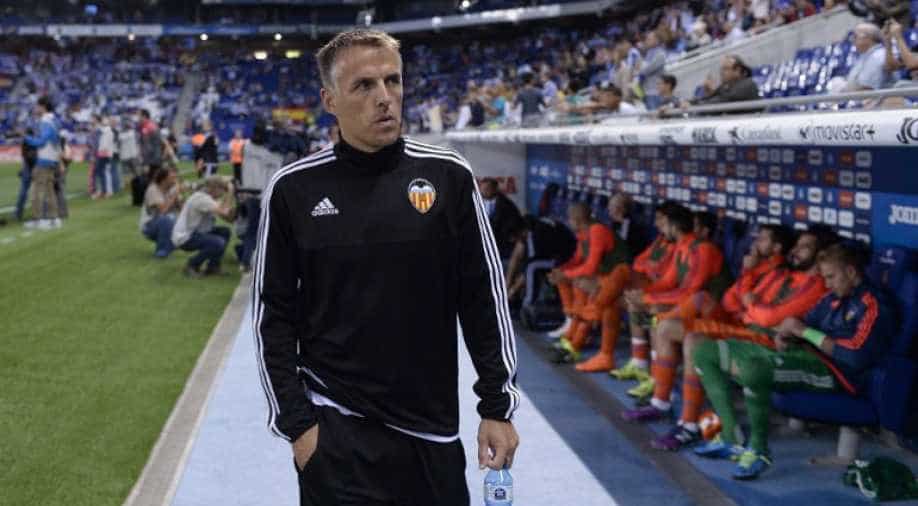 "There are signs that they're playing a better style and quality of football but I don't think Jose knows what his best team is or what his best system is to get the best out of those players, Pogba in particular," Neville told Reuters. Photograph:( AFP )

Manchester United boss Jose Mourinho is still unsure of his best team and of the right formula to get the most out of players like world record signing Paul Pogba, according to the club's former defender Phil Neville.

As United prepared to host Arsenal at Old Trafford on Saturday, Neville said Mourinho, while not having given up hope of winning the title, seemed still in the dark about how to get the best from his under-performing squad.

"Jose will still believe he can win the title, I am sure of that," Neville, who played 263 times for United, told Reuters in an interview.

"There are signs that they're playing a better style and quality of football but I don't think Jose knows what his best team is or what his best system is to get the best out of those players, Pogba in particular."

Arsenal have failed to beat United in their last nine Premier League games at Old Trafford (losing seven) and Mourinho is yet to suffer a league defeat against their manager Arsene Wenger after 11 previous meetings when he was at Chelsea.

Their rivalry has occasionally bubbled over with the pair becoming involved in a pushing match on the touchline at Stamford Bridge two years ago.

Neville, currently assistant coach at Spanish club Valencia, believes United's good record against Arsenal will give them a psychological advantage while the London club's "lack of steel" on big occasions could secure all three points for Mourinho.

"I am sure both managers will try and play down the rivalry but ultimately the last time they played each other they were fighting on the touchline at Stamford Bridge so there is an intense rivalry there.

"I actually enjoy it because I think it's good for football. They've got one thing in common -- they both want to win. United need to win this game because if they don't they'll slip further away from the top four. It's a really intriguing encounter.

"Arsenal are a fantastic football club and they play fantastic football but I always think that over the last 10 years, at the most important moments in seasons or in games, they've always failed," said Neville who was speaking to promote his new book 'Class of 92: Out of our league -- our journey back to the heart of the game'.

"Coming to Old Trafford has been one of those moments over the last decade.

"I think this is the biggest test for Arsenal so far this season," added Neville who is one of the co-owners of minor league club Salford City along with United team mates from the 'Class of 92', Nicky Butt, Ryan Giggs, Paul Scholes and brother Gary Neville.

"It will show where they actually are. If they come here on Saturday and get rolled over, then for me it will be same old Arsenal."