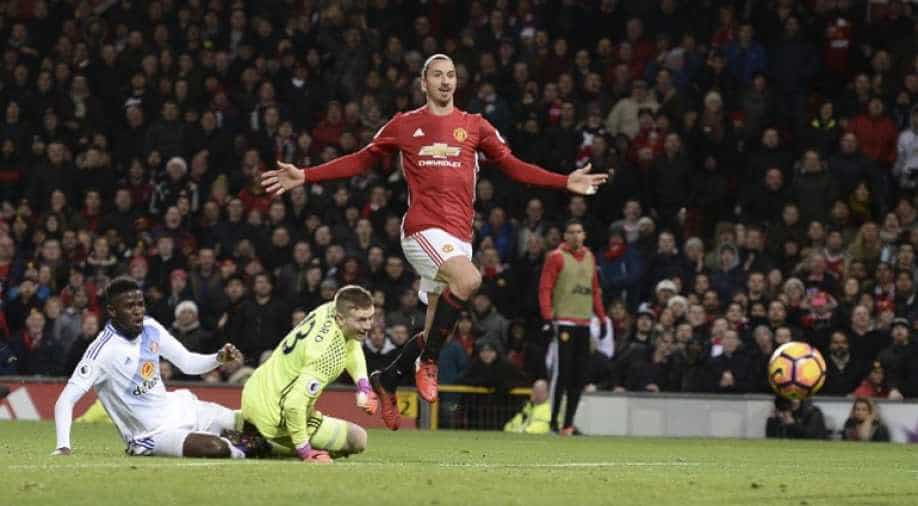 Manchester United manager Jose Mourinho is looking forward to working with Zlatan Ibrahimovic again next season after declaring the striker's contract extension will be a formality.

Ibrahimovic 35, arrived from Paris Saint-Germain in July on a one-year deal with an option for a further year, which Mourinho in November indicated United would look to take up.

After Zlatan Ibrahimovic scored once and made two goals in United's 3-1 Boxing Day win over Sunderland, Mourinho said the clause had not been activated yet, but would be.

"It is activated in his brain and it is activated also in my decisions and in the owners' and the board's. So it is no problem," said Mourinho.

Ibrahimovic's goal against Sunderland means that he has scored 50 times across all competitions for club and country during 2016, the year he retired from international football with Sweden.

"I am not really surprised because he is a very intelligent guy and a very proud man," Mourinho said.

"When he decides to come here, it is because he knows he can do it.

"When we contacted him and he said, yes, he will come, I was sure that he was not coming here to leave the Premier League without proving himself.

"To leave the Premier League having failed at Manchester United? No way.

"When such a guy decided to come, I was completely clear that he would be ready and he is ready for more next season. He will be here again."

Ibrahimovic set up Daley Blind to put United ahead in the 39th minute and then ran through to score from Paul Pogba's pass before setting up Henrikh Mkhitaryan for a spectacular 'scorpion kick' volley.

United secured a fourth successive Premier League win, and extended their unbeaten record in all competitions to 11 matches, in the absence of captain Wayne Rooney.

The United captain was withdrawn from the squad after suffering a thigh muscle injury in training.

Relegation tussle
Mourinho said the England captain was a doubt for United's home match against Middlesbrough on New Year's Eve.

Asked if Rooney would be fit, Mourinho said: "I don't think so. I hope so. I would like him to be.

"He is always a player I would like to be available. Let's see. It is not a big deal, but in four days, I have my doubts."

Sunderland manager David Moyes suffered defeat on his first return to Old Trafford since United sacked him in April 2014.

Moyes, whose team remain in the Premier League relegation zone, said he enjoyed his return, despite the publicity that surrounded him in the days before the fixture.

"When you are in football, what comes around goes around," said the Scot, whose team replied through Fabio Borini's long-range effort.

"I knew that some day I would come up against the Manchester United players or work with some of them.

From chasing titles at Old Trafford, Moyes now finds himself locked in a relegation tussle with Sunderland, who lie two points from safety.

"We are going to have to try to galvanise from within," said the former Preston North End, Everton and Real Sociedad manager.

"It is not a situation I am necessarily used to, but some of the players are used to it here.

"I hope together we can find a way of being good enough and strong enough in the games that really matter.

"Did this game matter? It definitely mattered. But there will be games maybe more so that will be important for us."