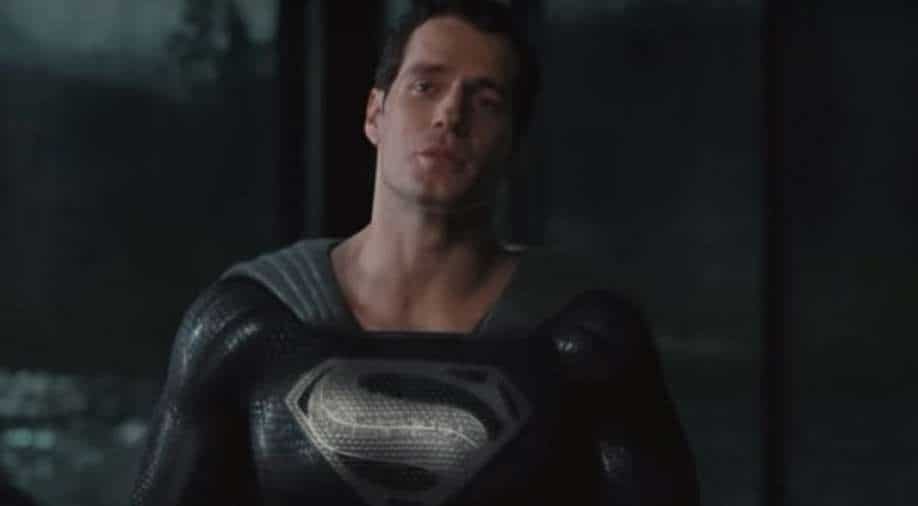 Snyder who was originally on board the 2017 DC movie 'Justice League' as director, had to step down during the film's post-production due to the death of his daughter. Joss Whedon took over from him on the film.

Henry Cavill will be seen sporting a new look as Superman in Zack Snyder's much-anticipated re-cut 'Justice League'. The 37-year-old actor will be seen again in his role as the alpha superhero in the Snyder cut version of the 2017 film.

The resurfaced clip — which first debuted during the virtual Justice Con sees Cavill's Man of Steel in an all-black Superman suit as he flies in to see Alfred Pennyworth (Jeremy Irons) ahead of the Justice League's final fight against Steppenwolf (Ciaran Hinds).

Snyder who was originally on board the 2017 DC movie 'Justice League' as director, had to step down during the film's post-production due to the death of his daughter. Joss Whedon took over from him on the film.

Several fans, cast members, and crew petitioned for Snyder’s original vision to see the light of day post the film's release. Warner Bros eventually confirmed the Snyder Cut was in the works and would get a digital release.

Responding to a fan on the social networking site Vero asking if the project would be a series or a “one-shot movie”, Snyder replied, “One-shot.”

Snyder has been regularly updating fans about his upcoming film and has shared images of the film on social media in the recent past.
In the new images, Gal Gadot returns as Amazonian Princess 'Wonder Woman', and clearly is integral to the 'Snyder Cut of Justice League'.

'Snyder Cut' will bring back the original stars -- Ben Affleck as Batman, Henry Cavill as Superman, Gal Gadot as Wonder Woman. Jared Leto will reprise his role as 'Joker' from 'The Suicide Squad'.

According to EW, at the time, Snyder also wanted the four-hour film to be released in theaters. But HBO Max says that Zack Snyder's Justice League will remain a streaming exclusive.