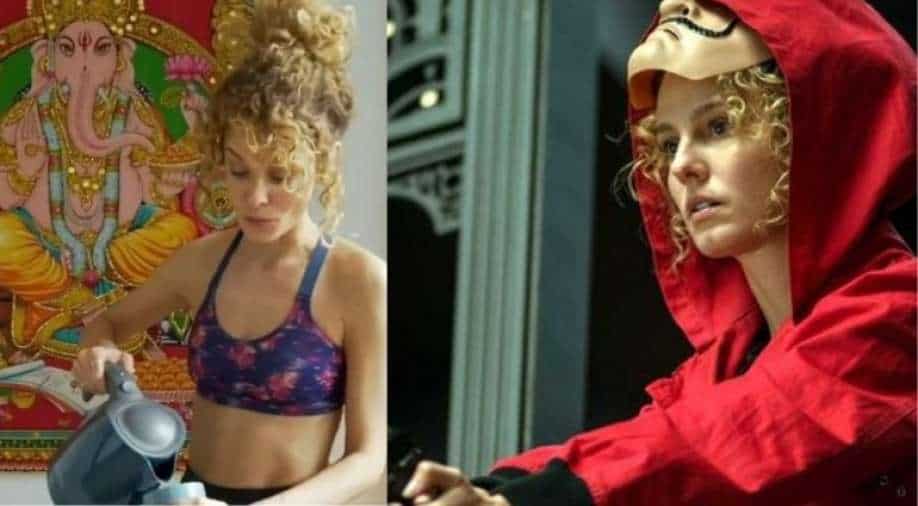 Money Heist actress Esther Acebo, who is known for playing Mónica Gaztambide aka Stockholm in the hit Netflix series La Casa De Papel aka 'Money Heist', recently made the desi fans on the internet excited.

Acebo has been making rounds on the internet after her picture in which she can be seen standing in front of Hindu deity Lord Ganesha's painting at her house. Well, the viral post claims that the painting was spotted in one of her live sessions, and it was hanging on the wall of her home.

'Money Heist' all set to end; here's where else you can see its famous cast

The picture gained a lot of attention especially from the Indian social media users and several netizens have been continuously sharing the screengrabs of the video and are hailing the actress for showcasing Indian culture.  “Proud moment for India,” a netizen commented. “Not only me my whole India is proud on you, love from India ❤️🇮🇳,” another one wrote.

Spanish actress @EstherAcebo to international fame for her role as Mónica Gaztambide aka #Stockholm in the hit @netflix series #MoneyHeist. who is proudly displaying vedic pictures of lord #Ganesha at her home in one of her video pic.twitter.com/i3HAq92iri

This is not the first time when Acebo is winning Indian hearts. Before this, the actress became the talking point on social media for her rendition of Salman Khan and Sushmita Sen’s popular ’90s track Chunari Chunari. The song was from the film Biwi No 1 has been one of the superhits from the actors’ playlist.