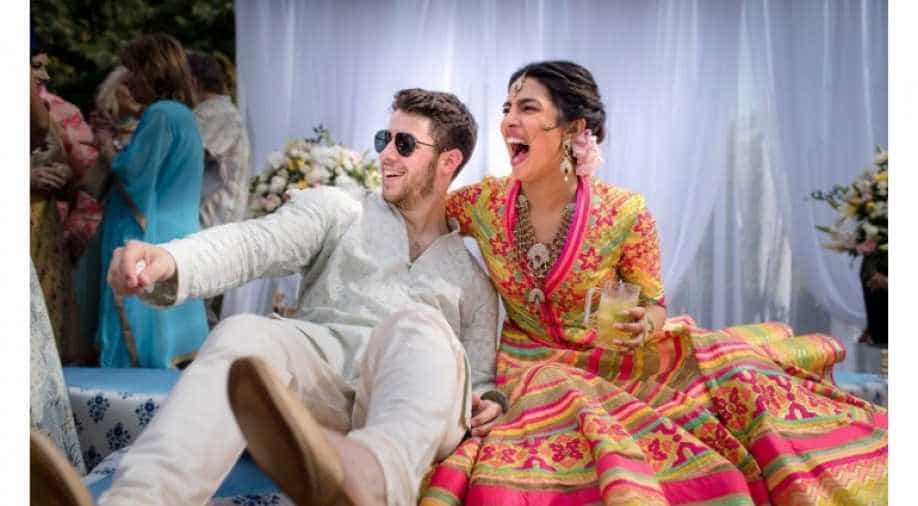 Priyanka got married to Nick Jonas in a Christian ceremony on December 1. Following the marriage, the skies were lit up with celebratory firecrackers, which lasted several minutes at the Umaid Bhawan Palace. Several Twitter users pointed out the hypocrisy in Priyanka`s stand, while others trolled her.

Priyanka Chopra, who has been hogging the headlines for her grand wedding celebrations at the Umaid Bhawan Palace in Jodhpur, was called out by many Twitter users after a celebratory firework display last night. See photos of her sangeet ceremony.

Priyanka got married to Nick Jonas in a Christian ceremony yesterday. Following the marriage, the skies were lit up with celebratory firecrackers, which lasted several minutes at the Umaid Bhawan Palace.

A few weeks earlier, Priyanka, who herself has been suffering from asthma since childhood, had urged people not to use crackers on Diwali.

This is the height of hypocrisy that these so called liberals and celebs put forth that defeats the entire purpose. #PriyankaChopra #PriyankaNickWedding #PriyankaKiShaadi #PriyankaNick https://t.co/1cJ06rr5BY

Awesome fireworks display during your wedding! What happened to your message NOT to do fireworks during Diwali? Smell some hypocrisy? 🤔 @priyankachopra @nickjonas #PriyankaKiShaadi #PriyankaChopra #PriyankaNickWedding

Firecrackers not okay in Diwali. But okay at your wedding. #DoubleStandards!#NickYankaWedding #PriyankaKiShaadi

Priyanka and Nick exchanged the vows at a Christian ceremony at Umaid Bhawan Palace in Jodhpur on Saturday. They then got married in a Hindu ceremony on Sunday.