Priyanka Chopra and Nick Jonas get married in a Hindu ceremony 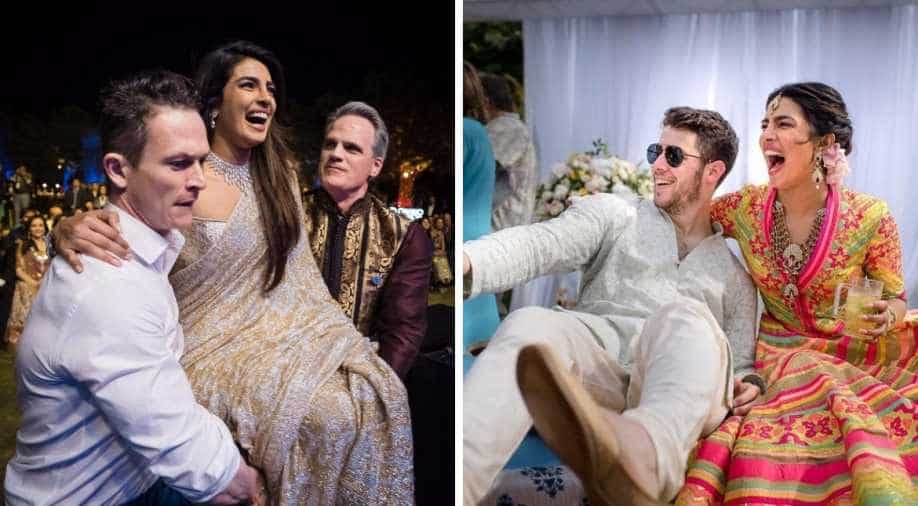 The couple tied the knot in a Hindu ceremony on December 2 at Umaid Bhawan Palace.

Priyanka Chopra and Nick Jonas are a married couple.

The newlyweds took their vows in a Hindu-style ceremony on December 2 at Umaid Bhawan Palace in Jodhpur. If sources are to be believed, Priyanka got emotional during her 'jaimala' ceremony (where the couple exchange garlands).

They had earlier tied the knot in a Christian ceremony on December 1 as Nick’s father officiated it. Apparently, the bride's mother Madhu Chopra gave PC a toast and she turned emotional as she missed her father on her big day.

The actress shared some stunning images and videos of the pre-wedding ceremonies, proving that she is the ultimate desi girl of Bollywood. Not only did Priyanka shake a leg on her hit Bollywood numbers, her groom Nick gave her equal competition along with the guests. See photos and videos of her from the sangeet ceremony.

Ambani family was also spotted enjoying a good time at the party. For those who don't know, Mukesh Ambani’s daughter Isha Ambani is a good friend of Priyanka’s. In fact, she was also a part of her bachelorette trip as the girls went to Amsterdam to have some fun.

The two will now host grand reception parties in both Delhi and Mumbai. It is said that PM Modi might also be present in the one hosted in Delhi.

Priyanka and Nick have had a whirlwind romance, getting engaged in August and then getting married in December, following a brief period of courtship.

We wish the best to both!