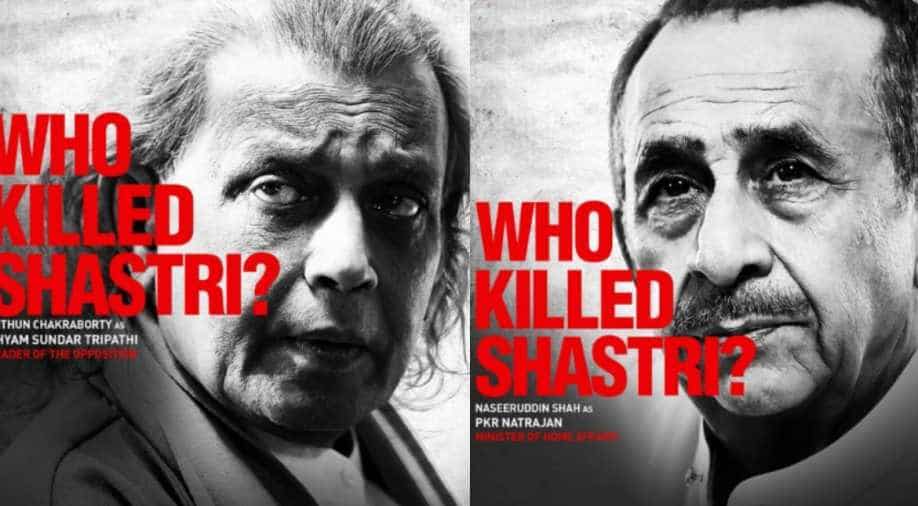 Shastri died in January 1966 in Tashkent (now in Uzbekistanl; it was at the time part of the USSR), a day after signing the Tashkent Agreement, which formally ended the Indo-Pakistan war of 1965.

Bollywood’s obsession with films based on the lives of prominent personalities does not seem to fade away any time soon as filmmaker Vivek Agnihotri revealed first look posters of his upcoming film ‘The Tashkent Files’.

‘The Tashkent Files’ is not a biopic but it questions the mysterious circumstances under which India’s second Prime Minister Lal Bahadur Shastri died in Russia after signing a war treaty in Tashkent. He died in January 1966 in Tashkent (now in Uzbekistan), a day after signing the Tashkent Agreement, which formally ended the Indo-Pakistan war of 1965.

Shastri’s death is a controversial debate that has led to many conspiracy theories around it. It was initially reported that he died because of a heart attack but it is also debated that he knew of whereabouts of Netaji Subhash Chandra Bose.

Presenting 3 times national award winner #MithunChakraborty as #ShyamSundarTripathi, a political guru whose only mantra is to win.
“Because losers can’t change the destiny of a nation.”
Trailer out on 25.03.19#TheTashkentFiles #WhoKilledShastri pic.twitter.com/DBdZV8Nm4U

The trailer of the film opens to a fictional representation of the functioning of an enquiry committee that probes into the death of Shastri. See the trailer here:

The film is bankrolled by Zee Studios and is slated to release on April 12, 2019. It is produced by Pranay Chokshi, Haresh Patel, Pallavi Joshi and Vivek.