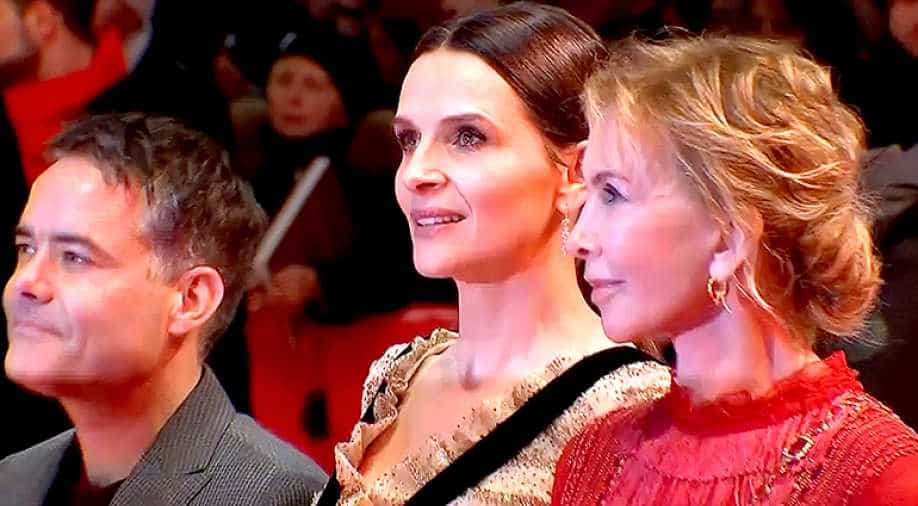 The festival officially opened with the world premiere of Danish director Lone Scherfig's 'The Kindness of Strangers'.

The 69th edition of the Berlin Film Festival, or 'Berlinale', got underway in the German capital on Thursday (February 7) with a star-studded red carpet.

Styler told Reuters it was her third time back at the festival and said she was proud of its depth of female representation.

"I'm very proud of the fact that 41 per cent of the movies (in competition) this year have been directed by women," Styler said.

"This is a really solid step forward and of course we have to compare with other festivals who now will need to step up with the numbers and let's hope they do. I'm sure they will because there is a lot of pressure," she added.

The festival officially opened with the world premiere of Danish director Lone Scherfig's 'The Kindness of Strangers'.

The film tells the story of a penniless mother Clara (Zoe Kazan) fleeing with her children to New York to escape the clutches of her violent husband, a policeman who uses his connections to track her through her flight.

Clara scavenges with great ingenuity to provide for her children amid the opulence of the metropolis, forging ties with strangers - a nurse, a drifter, a cook, a lawyer - with whose aid she turn the tables on a husband who held all the cards.

"I hope that it speaks into the present agenda at times where we are increasingly worried about the future every day that this film shows that we also have the power between us to, you know, to turn things in a more positive direction," Scherfig said of the film.

Scherfig's opening film is one of 17 that will compete for the Berlinale's coveted Golden Bear award. A total of around 400 movies will be shown at this year's festival.

Festival director Dieter Kosslick, who bows out this year after his 18th season, was in an upbeat mood on the opening red carpet. Tears were being saved for later, he said.