Shah Rukh Khan is all praise for Joaquin Phoenix in 'Joker': 'So well nuanced'! 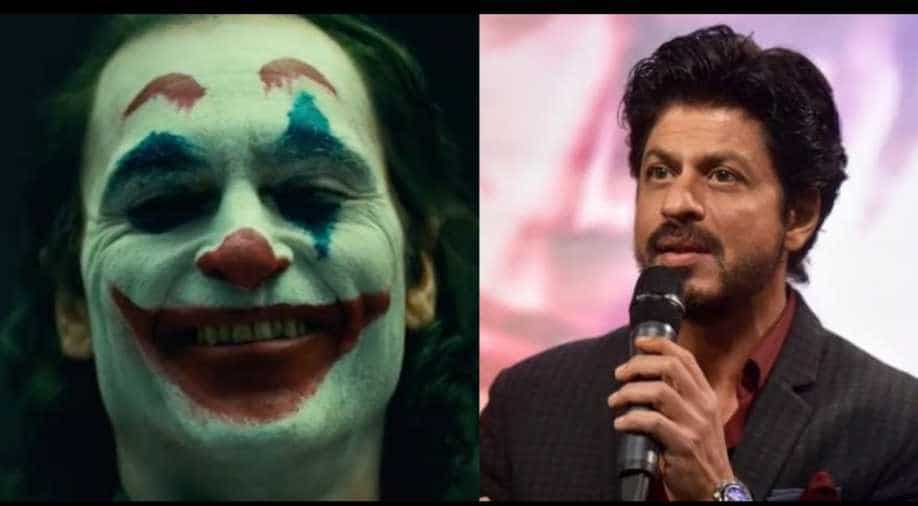 Shah Rukh Khan spoke about Joaquin's performance in and as 'Joker' Photograph:( Twitter )

The film has been performing exceptionally well at the box office as audience and critics remain divided on the direction of the film that shows a troubled man influence the society at large to resort to violence as a means to their sufferings.

Among the many lovers of Joaquin Phoenix’s performance in the film ‘Joker’, as he portrays the mentally ill Arthur Fleck aka Joker, Indian superstar Shah Rukh Khan has also expressed his thoughts and they are what you think they must be! Read movie review here

During #AskMeAnything session on Twitter that Shah Rukh organises every once in a while, he was asked how he felt about Joaquin’s performance to which he tweeted: “So well nuanced. So felt...quietly screaming…”

The portrayal of the Joker in the last film is being dubbed as one of the finest by Joaquin.

The Todd Philips directorial made more than $96 million in the first weekend collections and stood as the biggest October launch.