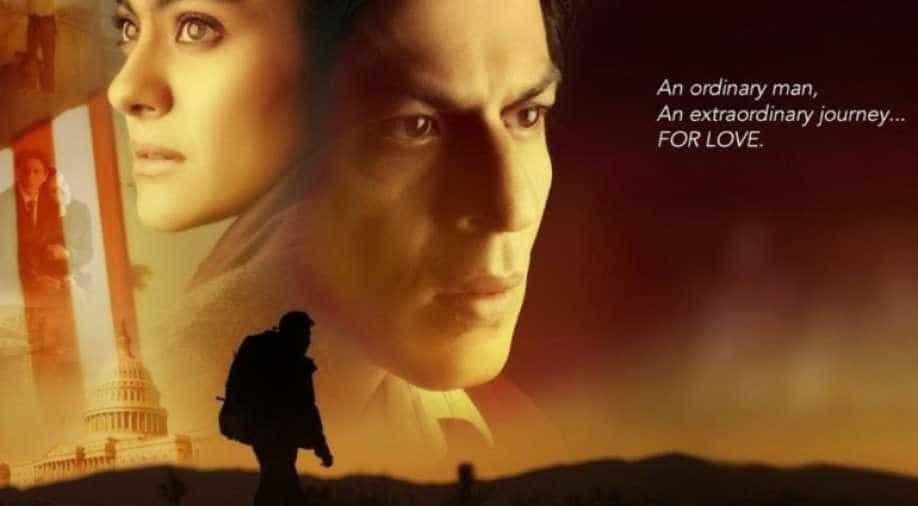 Official poster of 'My Name Is Khan' Photograph:( Twitter )

Shah Rukh Khan took to social media to express his mind on Friday, which incidentally marks 11 years of the release date of his film where he played the role of an autistic man.

Shah Rukh Khan took to social media to express his mind on Friday, which incidentally marks 11 years of the release date of his film based on an autistic man.

"Find celebrating `X` number of yrs of a film on social media repetitive, as it has become more like a yearly birthday wish rather than a milestone. But just saw #11YearsOfMyNameIsKhan and felt like saying, I think everybody involved with the film did a very fine job of it," SRK wrote.

'My Name Is Khan' which released on February 12, 2010, was directed by Karan Johar. The film narrates a love story against the backdrop of discrimination on the basis of religion and race. The film offers viewers the most popular Bollywood pair of Shah Rukh Khan and Kajol.

Sharing a video montage from the film, Karan Johar also cherished the moments with Shah Rukh and Kajol as Rizwan and Mandira.

He penned a note of gratitude for the cast and crew. He wrote, "All we have is our stories and this one will be cherished forever. Thank you Bhai for being the soul of this film. Kajol for being an unbreakable rock to Rizwan and us. To Shibani for writing a story that is still relevant in today's world... And to the entire team that embarked on this challenging journey together. I will always be grateful to each and every one of you." Not just the actors, Karan even thanked the writer, Shibani Bathija for penning a story that was relevant even today.