Ranveer Singh starrer '83' to release on this date 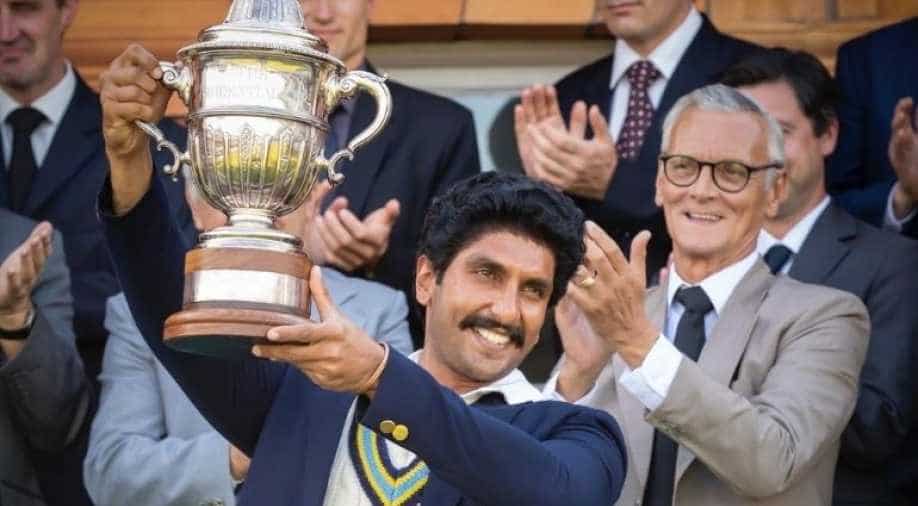 Earlier, the movie was scheduled to hit the theatres on April 10, 2020, but got delayed multiple times due to the pandemic.

After getting delayed for almost a year, Ranveer Singh most awaited project, '83' is finally getting a theatre release.

Ranveer took his social media to announce the new date. The Kabir Khan directorial will now hit the theatres on June 4. The movie will also release in Tamil, Telugu, Kannada, and Malayalam simultaneously.

Taking to Instagram, Singh shared, ''June 4th, 2021 !!!! 🏏🏆 in Hindi, Tamil, Telugu, Kannada, and Malayalam. See you in the cinemas !!! #thisis83'' The sports drama is centered around the Indian cricket team’s 1983 world cup win. In the movie, Ranveer will play the cricketer Kapil Dev while Padukone plays his wife Romi Bhatia and will be making a cameo in the movie.

Earlier, the movie was scheduled to hit the theatres on April 10, 2020, but got delayed again and again due to the covid-19 pandemic. Apart from sports drama, Ranveer list of movies also include 'Jayeshbhai Jordaar', which is scheduled for August 27 and 'Cirkus'