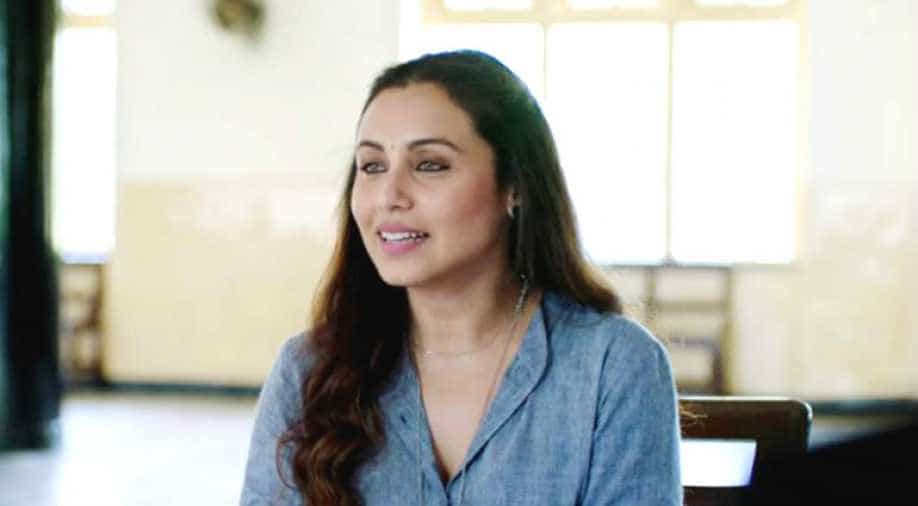 Rani Mukerji in a still from Hichki. Photograph:( Twitter )

'Hichki' was titled 'Teacher with Hiccup' for its Chinese release.

Rani Mukerji's first film post maternity break 'Hichki'has got a thumps up from the Chinese audience.  The film, that released on 12th October in China, has raced past the Rs 100 crore mark at the box office.

The film features the actress as a determined teacher who changes lives of innocent students from economically backward strata for the better while dealing with her own nervous system disorder Tourette Syndrome.

Audiences in the country have loved Rani`s exceptional acting and it has been recording extremely strong collections since its release, read a statement.

"Good cinema has no language barriers and it connects with the hearts and minds of the audience. The success of `Hichki` in China proves just that," Rani said.

"We knew we had made a special film but for it to get so much love and acclaim from audiences across the globe is an extremely proud and humbling moment for all of us," she added.

She congratulated producer Maneesh Sharma and director Siddharth P. Malhotra for "creating a gem of a film whose universal message of love has been melting the hearts of audiences in China now".

'Hichki' was titled 'Teacher with Hiccup' for its Chinese release. Rani had promoted the film extensively across leading Chinese cities like Beijing, Shanghai, Shenzhen, Guangzhou and Chengdu.

US first lady, Jill Biden's inaugural look is all about 'trust' and 'stability', says the designer