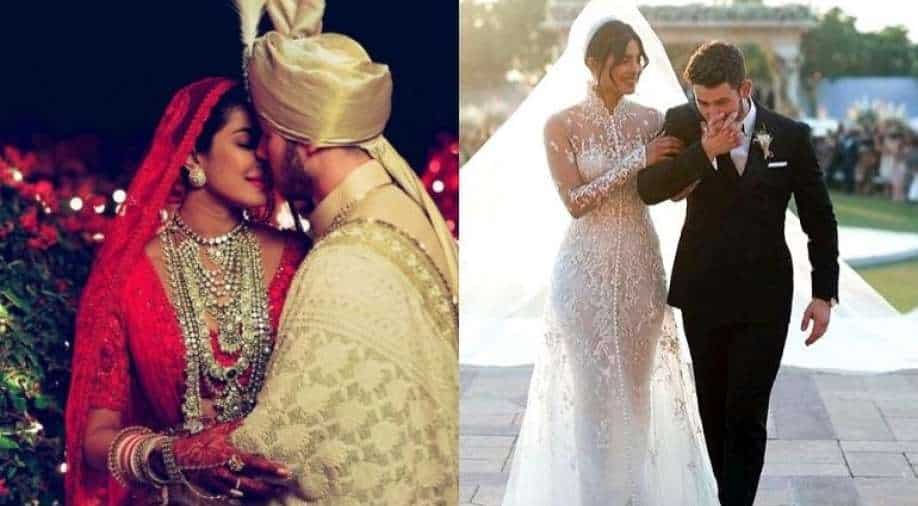 Priyanka Chopra and Nick Jonas are celebrating their second wedding anniversary. The celebrity couple took to Instagram to wish each other as they shared some unseen photos of their wedding.

Priyanka Chopra shared the images of the couple's Hindu wedding and wrote, "2 years down... forever to go @nickjonas," as the caption.

Nick Jonas, meanwhile, shared images of their Christian wedding and wrote, "Two years married to the most wonderful, inspiring and beautiful woman. Happy anniversary @priyankachopra I love you."

Priyanka Chopra and Nick Jonas got married on December 2, 2018 in Udaipur after a whirlwind romance earlier that year. The gala wedding was a strictly private affair and had rituals honouring both Priyanka and Nick's faith. The couple had later hosted three wedding receptions in Delhi and Mumbai.