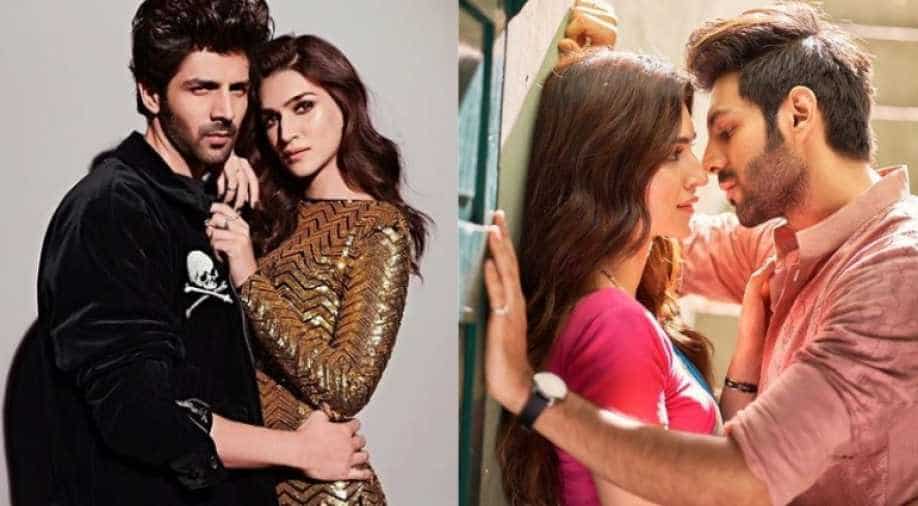 With Valentine's month right around the corner, the first look of Kartik Aaryan and Kriti Sanon starrer rom-com 'Luka Chuppi'  is here to give us all the romantic vibes that we have been waiting for.

In the image, Kartik and Kriti can be seen with their fingers on each other's lips while the latter holds a garland in her hand.

In her tweet, Kriti also announced that the trailer of the film will be released tomorrow.

"Presenting the first poster of Luka Chuppi! Trailer Out Tomorrow," the actor wrote.

Apart from 'Luka Chuppi', Kartik Aaryan will also be seen in the Hindi remake of Kannada blockbuster 'Kirik Party'. He will also star opposite Ajay Devgn in Luv Ranjan`s next. Meanwhile, Kriti Sanon has four other films in her kitty, including 'Arjun Patiala', 'Kalank', 'Housefull 4' and 'Panipat'.