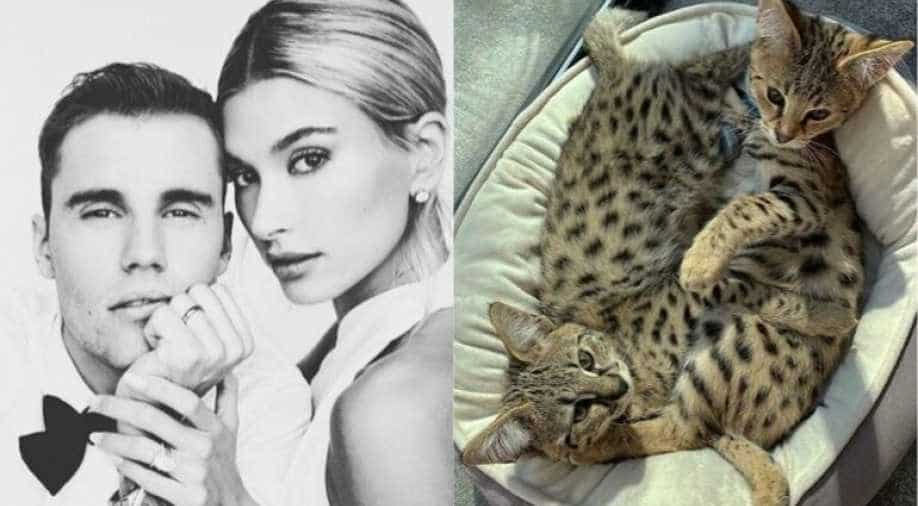 He also quickly made an Instagram Page for the new cats kittysushiandtuna, that have already garnered more than 122,000 followers.

PETA (People for the Ethical Treatment of Animals) called out pop star Justin Bieber and wife Hailey Baldwin for spending as much as $35,000 for buying a pair of exotic cats.

"Justin Bieber could inspire his fans around the world to save a life by adopting a cat from a local animal shelter - rather than fueling the dangerous demand for hybrid cats, contributing to the animal overpopulation crisis, and proving that when it comes to helping animals, his stance so far is 'I don't care',".

PETA Senior Vice President Lisa Lange said in a statement to Page Six on Thursday (local time). The 25-year-old singer showed off his new kittens Sushi and Tuna, after purchasing them for $20,000 and $15,000 each from Illinois-based breeder, reported a news agency.

He also quickly made an Instagram Page for the new cats that have already garnered more than 122,000 followers.

They are only allowed in California and South Carolina, where Bieber and Baldwin had their cultural second weeding.