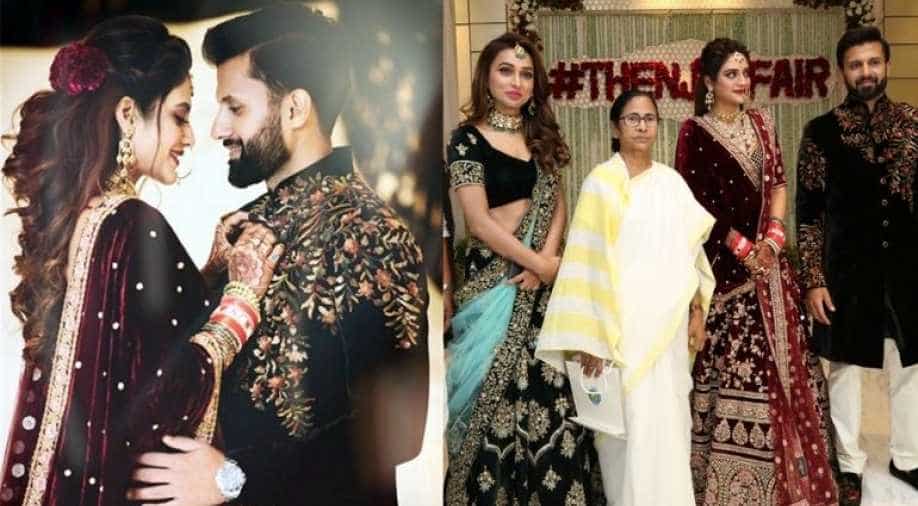 The ceremony was attended by prominent personalities from the film industry, politics and business world, including her friend and fellow Actor-MP Mimi Chakraborty.

After a fairytale wedding in Turkey, actress-MP Nusrat Jahan and her husband Nikhil Jain hosted a grand reception in Kolkata on Thursday. The guest list comprised of all A-listers from the Bengali film industry. Even Bengal Chief Minister Mamata Banerjee came to the event to bless the couple.

Dressed in a maroon velvet traditional outfit, Nusrat looked stunning as the new bride as she welcomed guests. Her groom, Nikhil Jain, coordinated his outfit with his wife and looked dapper in a black sherwani.

Whenever i close my eyes, i see the light of ur love shining all over my heart,giving it the best of pleasures ever.. u have changed my life, u complete me,m a lot more with u.. @nikhiljain09 #thenjaffair

The newly elected MP along with her husband personally came to welcome the CM. The trio was joined by Nusrat's friend and fellow MP, actress Mimi Chakraborty for a photo op. Mimi looked stunning in a green lehenga. Mimi had also attended Nusrat's Turkey wedding in June. 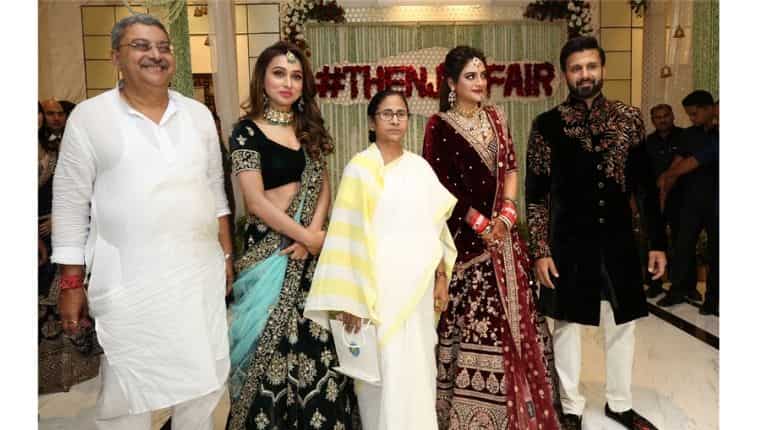 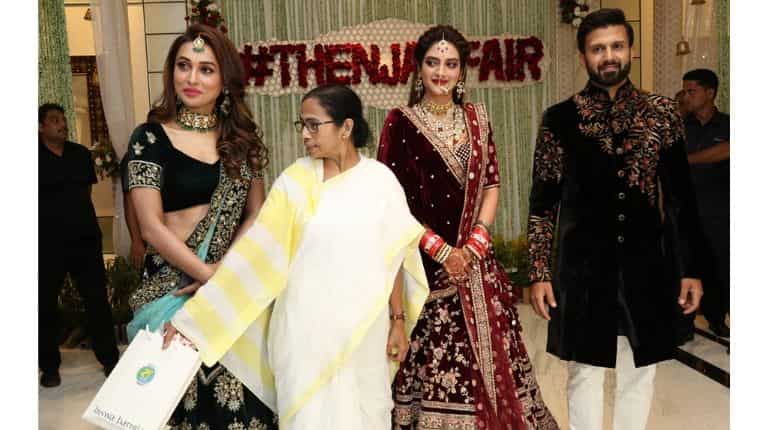 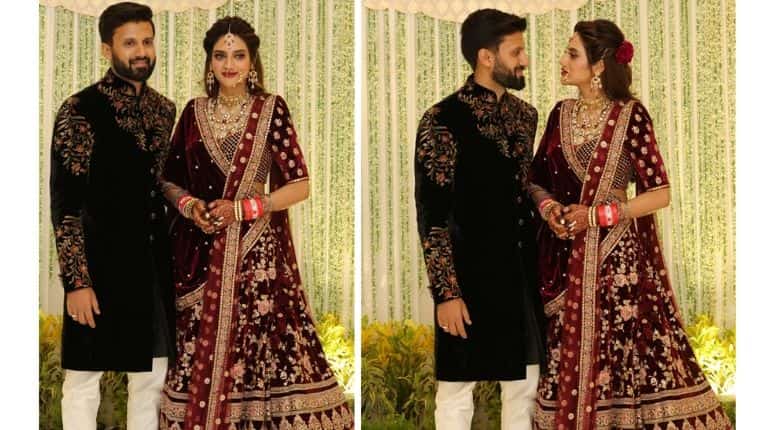 During a brief interaction with media, Nusrat said, "Like any other girl who dresses up like a bride on her reception day, I feel exactly the same today. I also have jitters; I also am excited and slightly nervous as well.

A post shared by Jeetfansclub Chetla (@jeetfansclubchetla) on Jul 4, 2019 at 6:25pm PDT

Earlier in the day, Nusrat and Nikhil were the chief guests at Iskon's annual Rathyatra where they performed the rituals along with Ms Banerjee. 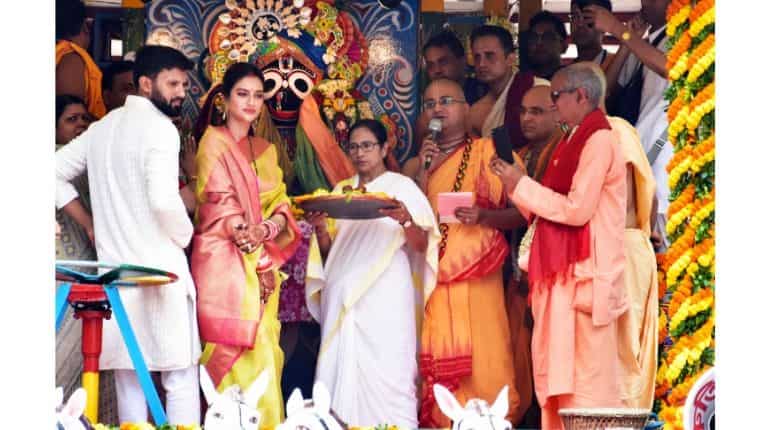 Nusrat and Mimi- immensely popular in Bengali films, made their political debut this year as they won from Basirhat and Jadavpur constituency on TMC tickets. The two were trolled when they posed outside the parliament wearing on western outfits. The two actresses though also got a lot of support from women across parties.