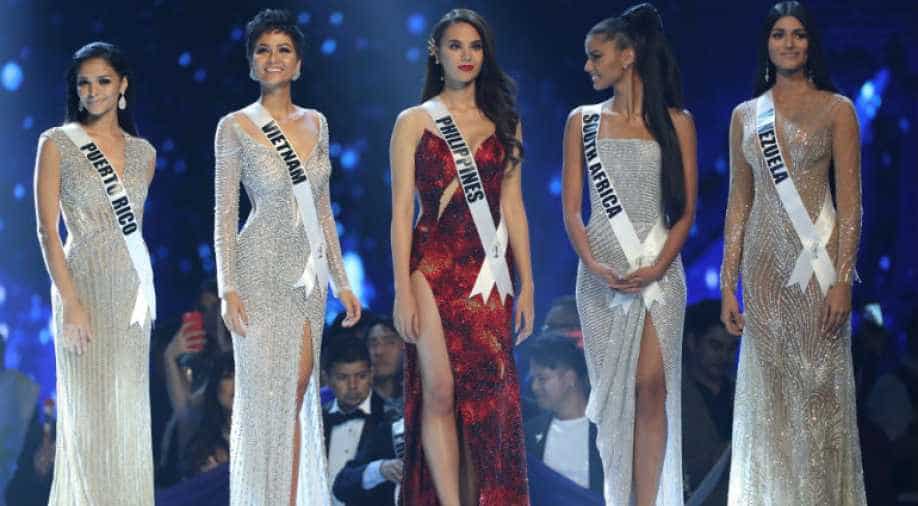 Catriona Gray beat more than 90 contestants from around the globe in the 67th instalment of Miss Universe. Photograph:( Reuters )

She studied at the Berklee College of Music in Boston in the United States.

The Philippines' Catriona Gray was named Miss Universe 2018 in a competition concluding Monday in Bangkok, besting contestants from 93 other countries and delighting her home nation.

Gray wore a sparkling red dress she said was inspired by a volcano in the Philippines as she was handed the crown to the delight of a roaring crowd. She succeeds Demi-Leigh Nel-Peters of South Africa.

24-year-old Gray is a singer and model. Her father is Australian, and she was born and grew up in Cairns, Australia.

She studied at the Berklee College of Music in Boston in the United States. She holds a Master Certificate in Music Theory. An adventure junkie, Gray is an HIV/AIDS advocate and volunteers as a Teacher's Assistant to the students at an NGO, according to the official Miss Universe website.

In the final question round, Gray was asked about the most important lesson she has learnt in life and how would she apply it in her time as Miss Universe.

She further said she would like to expand her work in the slums of Manila with an organisation that promotes education on HIV and AIDS.

Gray is the fourth Filipina to win Miss Universe and the second in three years.

The office of Philippine President Rodrigo Duterte was quick to congratulate the winner.