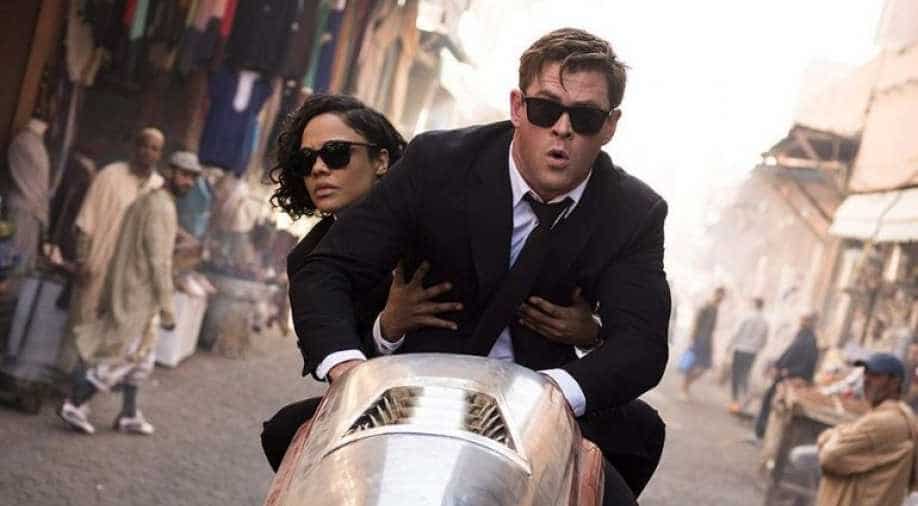 Chris Hemsworth and Teresa Thompson in a still from 'Men In Black: International' Photograph:( Twitter )

Dear Hollywood, its time to let the aliens be.

Nostalgia is mostly good. It takes you back to your wonder years, memories of another time when things appeared simpler. But bringing back something from the past may not always be a good idea. For reasons unknown, several filmmakers have over the years have made reboots of old hits. While back in the 1990s, those films may have been smash hits- it doesn't always mean that it would work in the present times. Case in point this week's release 'Men In Black: International'.

A film so incoherent that its best moments come from a CGI character voiced by comedian-actor Kunal Nanjiani. Director F Gary Gray presents a bland, uninspiring thriller which relies on old tropes which are after a point yawn-worthy.

In its fourth installment of the franchise, it has a young Molly witnessing two MIB agents neuralyze her parents after an alien invades their house- which is basically making them forget whatever they saw. Molly gets inspired to become a MIB agent and dedicates her entire life to get an entry into the exclusive agency. Years later Molly (Teresa Thompson) impresses MIB boss O (Emma Thompson) by infiltrating a restricted premise and eventually recruited and sent to London office where she meets office hero Agent H (Chris Hemsworth). H, of course, works solo but somehow Molly now rechristened as Agent M manages to impress him and tags along with him on a mission. They find a lethal weapon and now are on the run as evil twin aliens, MIB agents and a lethal, seductress arms dealer(Rebeca Fergusson) are after the weapon and their lives. H and M have Pawny (Nanjiani) for company- the last of his kind on earth who has vowed his allegiance to M after his own queen has died.

Pawny provides the much needed entertainment to a story so bland that you end up getting fidgety in your seats half an hour into the movie. I am not looking for logic when I go to watch a franchise where it's known that aliens and humans co-exist together- what I look for is thrill, but sadly those moments are few and far in between in the film.

Thompson and Hemsworth worked great in the hugely entertaining 'Thor: Ragnarok' and shared crackling chemistry even. Unfortunately, Gray is unable to cash in on that and the two look somewhat lost in the narrative. I'd still give Thompson credit for putting in extra effort- she tries hard to look genuine but a poor screenplay lets her down majorly. It's also sad to see two of the finest actors from the 1990s- Emma Thompson and Leam Neeson being wasted in a film that lacks imagination and well... an original story.

Maybe it is time to put the franchise to rest. I missed Will Smith's effortless charm and wit- that was used so well in 'Aladdin' a few weeks back. I missed the thrill and more importantly, I missed a coherent script. It's 2019- the world has moved on. So should Hollywood now. Let the aliens be, dear filmmakers.