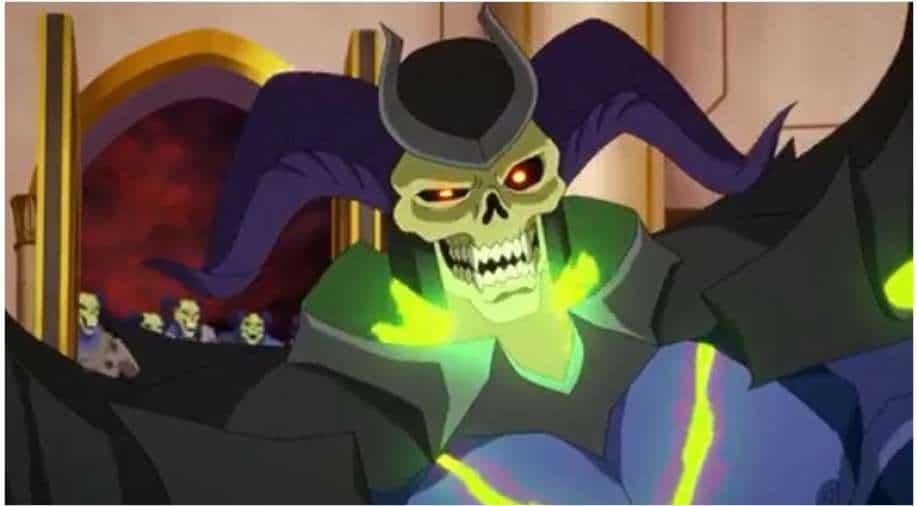 (Image: @NetflixGeeked) A grab from trailer for Masters of the Universe: Revelation Part 2 shows the all powerful Skeletor Photograph:( Twitter )

He-man fandom is literally scattered across generations. There are those who have been following the story for decades. And the latest installment of Masters of the Universe: Revelation has left them wanting for more

He-Man saga got a new treatment earlier this year with Masters of The Universe: Revelation on Netflix. Continuation of the story thread revitalised the fandom that was keen to see He-Man, Teela, Evil-Lyn, Skeletor, Man-at-Arms, Orko and other legit legendary characters again on screen. The treatment of the cartoon was edgy, far from the 'shining-prince' tone of the original Filmation series produced in 80s and aired in India in 90s. Well, trailer for Part 2 of the series has dropped.

The end of season 1 (Here starts something that some people call spoilers!) left the fandom stunned as Skeletor, the supreme nemesis of our muscleman killed Prince Adam and (gasp!) actually used the sword to claim The Power of Grayskull for himself!

Fans who have been chasing the story through decades would realise the gravity of these two utterly unthinkable incidents. And this left them wanting for more. And trailer for second season is promising a mega showdown.

Skeletor, even more powerful, is seen advancing his designs on Eternia and appears to finally have all going for him. Evil-Lyn has a more menacing look than in Part 1 possibly hinting at her having found a new source of power.

The biggest punch however, comes when Prince Adam, who was killed in the first season, gets up to have his mic-drop moment

"See the sword is just the conduit. But the spark? That was always me," he is heard saying to utterly astonished Skeletor.

Up goes the (swordless) hand. The familiar words boom and the scrawny prince turns into...

Well, watch for yourself. (Earphones recomended)

Reclaim the Power. Fight for the Universe.

At long last, the official trailer for MASTERS OF THE UNIVERSE: REVELATION - PART 2 pic.twitter.com/yL6BMYyhOb

The ferocity and raw abandon of the Savage He-Man is BEYOND delightful for those who grew up watching the powerful but goody-two-shoes He-Man from the Filmation series.

Also Read | Blog: He-man and women in his cartoons

The trailer sure has fandom up in their chairs. The season, or Part 2 as it is being called, releases on November 23.