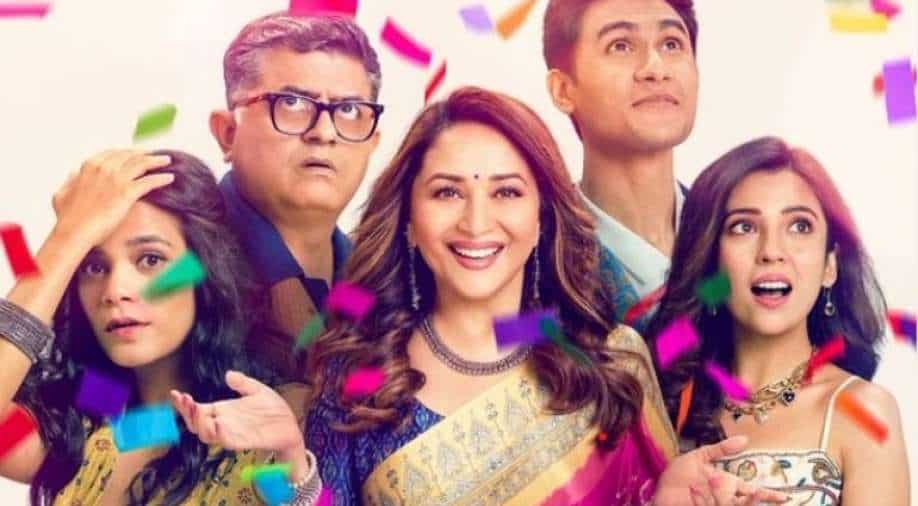 The movie is helmed by Anand Tiwari and is penned by Sumit Batheja.

After making her OTT debut with Netflix 'Fame Game', Bollywood actress Madhuri Dixit Nene is all set to star in yet another OTT project but this time she's teamed up with Amazon Prime video.

Madhuri is all set to star in a quirky drama titled 'Maja Maa' in which she will play the role of a doting mom.

In the poster, Madhuri is posing happily alongside other cast members.

The movie is helmed by Anand Tiwari and is penned by Sumit Batheja.