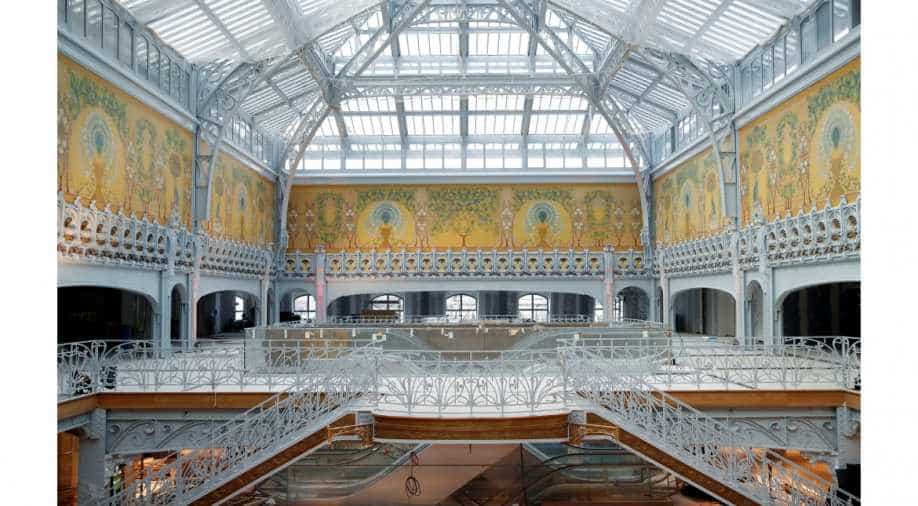 Spending by visitors to France remains a major source of income for high-end brands, even if Chinese shoppers, the industry's number one clientele, are starting to buy more at home, encouraged by import duty cuts among other incentives.

Luxury goods group LVMH aims to grab a greater slice of tourist spending in Paris as of next April when it relaunches La Samaritaine, a 150-year-old department store that will house a hotel and shops and rival the likes of Galeries Lafayette.

Spending by visitors to France remains a major source of income for high-end brands, even if Chinese shoppers, the industry's number one clientele, are starting to buy more at home, encouraged by import duty cuts among other incentives.

Its latest venture, with 20,000 square metres of shopping space, will sit on the banks of the Seine, close to tourist magnets like Notre-Dame Cathedral.

La Samaritaine is famed for its 1920-era building and gilded Art Deco facade but the revamped store will include a 100-metre airport-style moving walkway through a tunnel to nearby parking.

"The environment in Paris is very competitive, we had to differentiate ourselves," Eleonore de Boysson, the Europe and Middle East head of DFS Group said in a presentation on Tuesday.

DFS is a retail and airport duty-free group which is majority-owned by LVMH and primarily present in Asia, including Hong Kong, where operations have been hit by street protests.

Facing competition from online retailers, department stores are reinventing themselves as day-trip destinations.

La Samaritaine, which expects just under 5 million visitors in its first year, will rival peers like Qatari-controlled Printemps and family-owned Galeries Lafayette. Some 37 million shoppers visit the latter's main store in Paris every year.

LVMH, which first snapped up a stake in La Samaritaine in 2001, said it had spent 750 million euros ($830.70 million) on its makeover, which includes a contemporary, wavy glass exterior on one side by Japanese architectural duo SANAA.

The store had to shut its doors in 2005 as its original glass flooring was not sufficiently fire-resistant.

Operators expect half of the shoppers to be made up of tourists from overseas and other parts of France, who will account for a majority of revenue.

The complex will include a luxury rooftop hotel and be home to 96 flats under a social housing scheme.