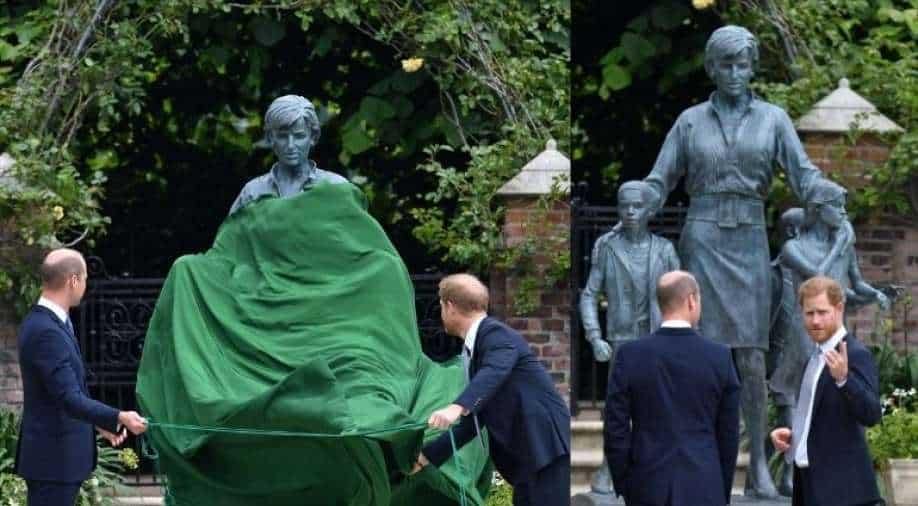 Princess Diana, popularly known as 'People's Princess' would have been 60-years-old today had she been alive.

Princess Diana, popularly known as 'People's Princess' would have been 60-years-old today had she been alive. To mark the occasion, her sons- Prince William and Prince Harry - unveiled a statue that they had commission in 2017.

The two brothers put their differences aside as they together unveiled the bronze statue in which the late princess is seen surrounded by three children, which according to Kensington Palace represented "the universality and generational impact" of her work.

The brothers, whose falling-out has been the subject of intense media scrutiny, looked relaxed together as they revealed the statue they commissioned in honour of Diana in the Sunken Garden of Kensington Palace in central London, her former home.

"Today, on what would have been our mother’s 60th birthday, we remember her love, strength and character – qualities that made her a force for good around the world, changing countless lives for the better," the brothers said in a statement. "Every day, we wish she were still with us, and our hope is that this statue will be seen forever as a symbol of her life and her legacy."

William and Harry were joined by their mother's brother Charles Spencer and her sisters Sarah McCorquodale and Jane Fellowes for private, small event at the Sunken Garden, one of Diana's favourite places. 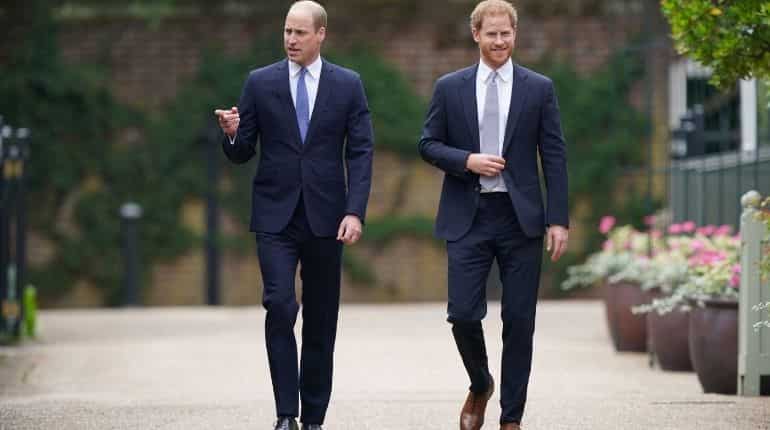 The statue, which is blueish green in colour and designed by sculptor Ian Rank-Broadley whose effigy of Queen Elizabeth has been earlier used on British and Commonwealth coins.

The statue was initially scheduled to unveiled on her 20th death anniversary but was delayed. Eventually the brothers decided to unveil it on her 60th birth anniversary.

Beneath the statue is a plinth bearing Diana's name and the date of the unveiling, while in front lies a paving stone engraved with an extract inspired by the poem 'The Measure of A Man'.

Princess Diana and her lover Dodi al-Fayed died in 1997 in a car crash in Paris. William was 15 and Harry 12 at that time.
Over the years, both brothers have spoken of the deep trauma her death caused, and how it affected their mental health for years afterwards. Almost a quarter of a century since the fatal crash, Diana remains a captivating figure for many.