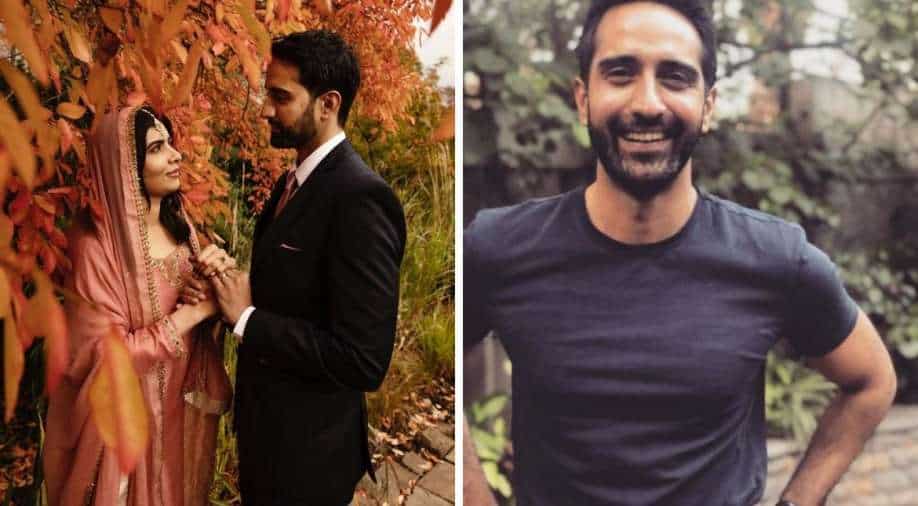 Malala Yousafzai took everyone by surprise as she announced her wedding to Asser Malik on Tuesday.

Malala Yousafzai took everyone by surprise as she announced her wedding to Asser Malik on Tuesday. The 24-year-old Pakistani human rights activist married Malik in a private ceremony at her Birmingham home amid family members.

Ever since the news was announced, there has been a lot of curiosity over Malik and is background. Malala's husband is the General Manager High Performance for the Pakistan Cricket Board (PCB). The man, in fact, has had a cricketing background throughout his career.

His LinkedIn profile states that he joined PCB in May 2020. He has shared several photos from various cricketing events on his Instagram page.

Malik also had held a high-ranking role in an amateur league that that revitalized Pakistani interest in cricket.
Malik was a managing director of a player-management agency and franchise owner in the amateur league Last Man Stand, according to ESPN cricinfo.

He has also worked with Pakistan Super League (PSL) franchise Multan Sultans as an operational manager and also ran a player management agency.

Malik has a bachelor's degree in economics and political science from Lahore University of Management Sciences (LUMS).

In some of her earlier interviews, Malala had stated how she did not believe in the institution of marriage. But Malik surely changed her opinion as the couple looked adoringly at each other in the wedding photos that she shared on social media. It is not clear as to when the two first met, but Malala does feature in a group selfie on Instagram with Malik cheering for Pakistan at the Edgbaston Stadium in Birmingham, UK. The photo was posted in June 2019.

Malala Yousafzai graduated from Oxford University with a degree in Philosophy, Politics and Economics in 2020.

"Today marks a precious day in my life," Malala wrote. "Asser and I tied the knot to be partners for life. We celebrated a small nikkah ceremony at home in Birmingham with our families. Please send us your prayers. We are excited to walk together for the journey ahead," wrote Malala on Twitter as she shared images of her wedding with Malik which had family members and a few friends in attendance.