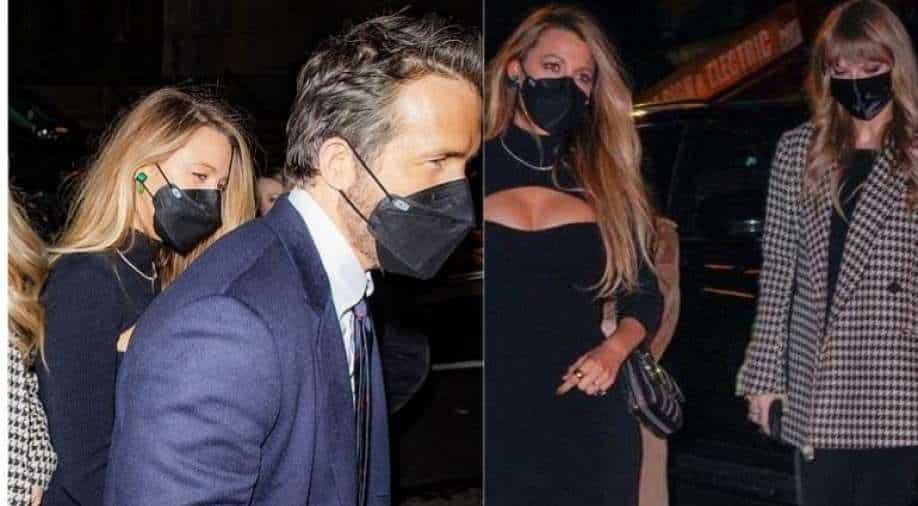 Taylor Swift is ready for the festivities of December and her Christmas cards tell the same story.

Recently, Louisville public radio DJ Kyle Meredith posted a photo of the pop star's card. On the front of the cats one could spot Taylor's cats — Meredith Grey, Olivia Benson and Benjamin Button  — photoshopped into her "Folklore" album cover. The cats look festive, as one wears a scarf, another wears a Santa Claus hat and other dons a traditional party hat with a cocktail near its paw.

"Wishing you a season of moments so wonderful, they become folklore," the card reads on the inside. "Love, Taylor Swift and everyone at 13 Management."

Getting a holiday card from @taylorswift13 is a great way to start the season. And cats in Santa hats make it even better. pic.twitter.com/bJoFcTnhbX

The season's greeting comes while Taylor is busy re-recording her older music after she was denied the ability to ever purchase the master recordings from her first six albums.

Earlier this month, she gave an audio-peek into re-recorded ‘Love Story’, which was released as part of a Match.com commercial.

Last year saw a big setback for Taylor when all her song catalogue from Big Machine Records were sold to Scooter Braun's Ithaca Holdings, which she called a "worst-case scenario." Included in that sale was Taylor's master recordings. Then, last month, Scooter sold the rights to her master's to an investment fund.

"As you know, for the past year I've been actively trying to regain ownership of my master recordings. With that goal in mind, my team attempted to enter into negotiations with Scooter Braun," she said on social media. "Scooters team wanted me to sign an ironclad NDA stating I would never say another word about Scooter Braun unless it was positive before we could even look at the financial records of BMLG (which is always the first step in a purchase of this nature. I would have to sign a document that would silence me forever before I could even have a chance to bid on my own work."

The wording of the NDA, she said, was akin to someone trying to "silence an assault accuser by paying them off." She maintained, "This was the second time my music had been sold without my knowledge."