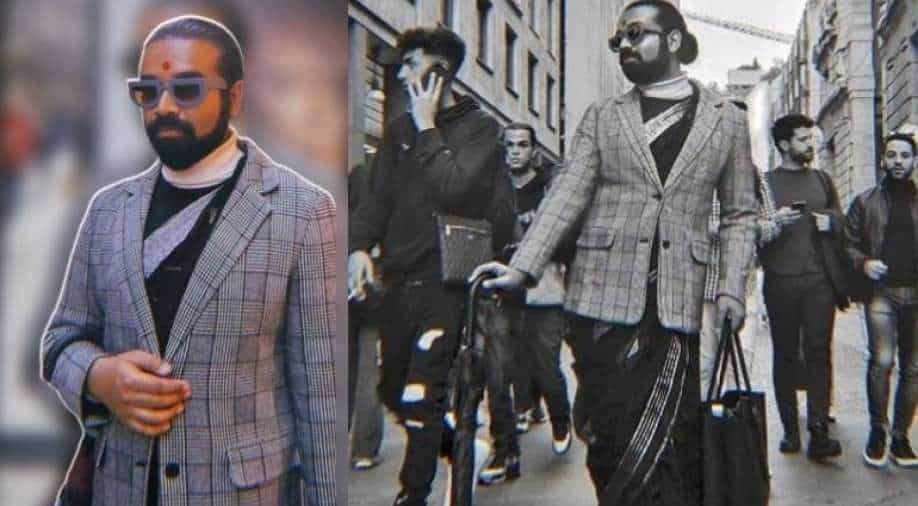 Pushpak Sen, a student of fashion marketing and communication, has grabbed the limelight with his Milan photoshoot

There are no boundaries when it comes to fashion. Now men are equally comfortable in wearing cloths that come with a tag of 'only for women'. Proving how clothes are no longer defined by gender, Pushpak Sen, who hails from the east Indian city of Kolkata has created waves with his latest photoshoot.

Sen, a student of fashion marketing and communication, has grabbed the limelight with his Milan photoshoot, which has become the internet's new obsession.

Pushpak recently made the headline for his out of box photo shoot on the streets of one of the world's major fashion hubs, Milan.
In the picture, he is wearing a black saree with a coat draped on it. He completed his viral look with a bold red bindi, cool sunglasses and white sneakers.

"Being a man in a saree would take me nowhere they said. Guess who's walking in it on the streets of one of the major fashion capitals of the world?" Pushpak wrote while sharing the photos.

The pictures are doing rounds on social media and have garnered many reactions and tons of appreciative comments from netizens. Responding to the post, a user commented, "You really drape your sari very well. Stay blessed and enjoy what you do." Another added, "Slaying."

This isn’t the first time when he's 'slaying' with his saree looks.

Earlier, he went viral for his stunning photoshoot wearing a bindi and a saree.