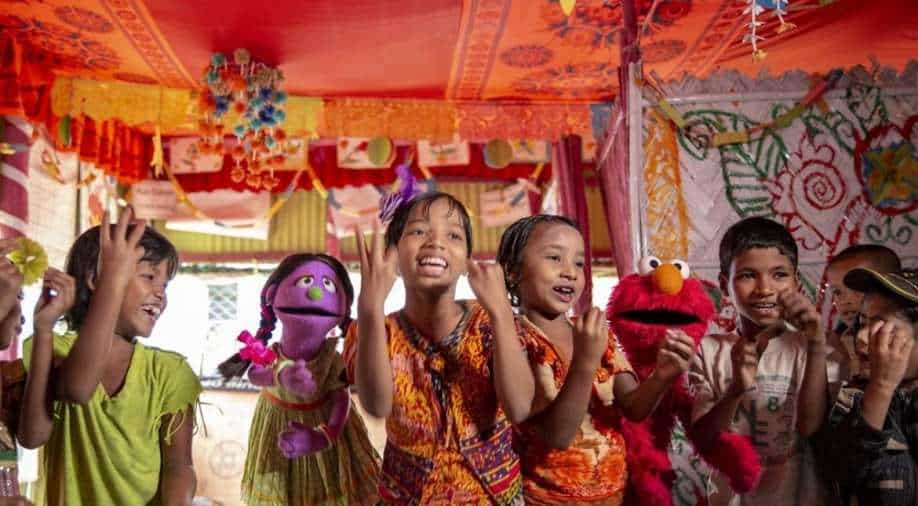 Sesame Street will soon become an integral part of their experience at their camps which is said to be home to more than 1 million Rohingya refugees who fled ethnic violence in neighboring Myanmar.

Sesame Street is bringing cheer in the lives of Rohingya children who have living inside the world’s largest refugee camp. While the kids have never seen TV in their lives, they are finally being entertained thanks to a battery-powered projector in which Sesame Street characters like Elmo make them laugh.

The clip shown to the children earlier this year, is just a preview. Sesame Street will soon become an integral part of their experience at their camps which is said to be home to more than 1 million Rohingya refugees who fled ethnic violence in neighboring Myanmar.

Sesame Workshop is rolling out its first Rohingya Muppets, revealed exclusively by NBC News. They feature characters, a pair of twins named Noor Yasmin and Aziz -- who are part of a $200 million effort to expand upon an innovative form of education at the camp.

On the initiative, Sherrie Westin, president of social impact for Sesame Workshop, said, “If we can help these children get off on the right start, where they can thrive, then they have so much more of a chance of succeeding later on.”

Westin is convinced that without a massive intervention by Sesame Street and its partners, the young Rohingya risk growing up unable to read and write or do simple math.

“Many of these children have experienced unthinkable horrors,” she said.

“Today, you have the neuroscience to show that if a child is exposed to traumatic experiences and prolonged stress that it literally debilitates brain development. For us to reach children in those critical early years, but especially children who've experienced trauma, we can play a significant role.”

Rohingya Muslims have been persecuted for years now and hundreds of them flooded into Bangladesh in August 2017 to escape a brutal crackdown by the Myanmar military. The United Nations High Commissioner for Human Rights has described the government campaign as a “textbook example of ethnic cleansing.” At least 6,700 Rohingya, including at least 730 children under the age of 5, were killed in the month after the violence broke out, according to the medical charity Doctors Without Borders.